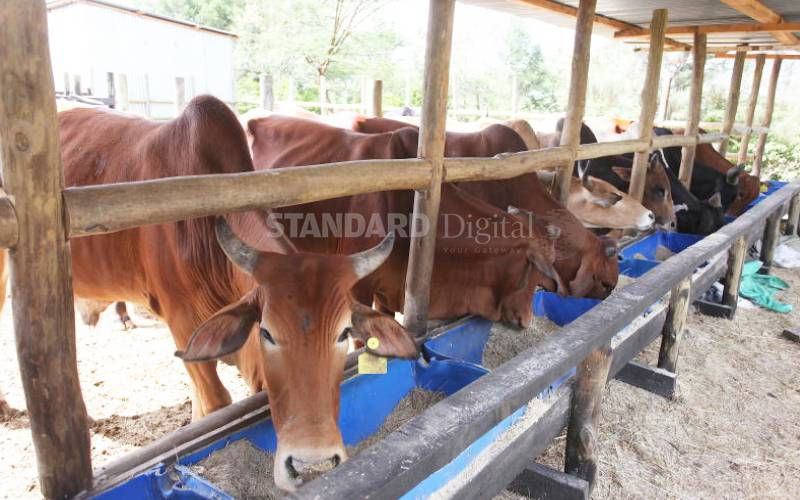 The government has completed the construction of a Sh1 billion bull semen collection centre in Endebess.

The centre is a brainchild of the Agricultural Development Corporation (ADC).

Speaking yesterday in Endebess, ADC board chairman Benjamin Cheboi said the centre would be commissioned next month.

He said it would be used to collect 1.5 million straws of semen annually. Mr Cheboi, at the same time, handed 16 bulls to local farmers that were shipped in from South Africa, to boost the collection of high quality and affordable semen.

"This is the second semen collection centre after another one in Kabete," said Cheboi. "This centre will collect 1.5 million semen straws per year to cater for the high demand from farmers."

He noted that the centre would embrace modern technology that would allow quality semen was collected and well stored.

The Kabete collection centre, dubbed the Kenya Animal Genetic Resource Centre, has been operational since Independence.

It has a capacity to collect 500,000 straws of semen annually, which Cheboi said was far below the annual demand of about 2 million straws.

Speaking at the event, ADC Managing Director Mohamed Bule said semen collected at the centre would also be exported.

He said ADC would embark bench-marking with countries such as France, Netherlands and South Africa to enhance semen collection.