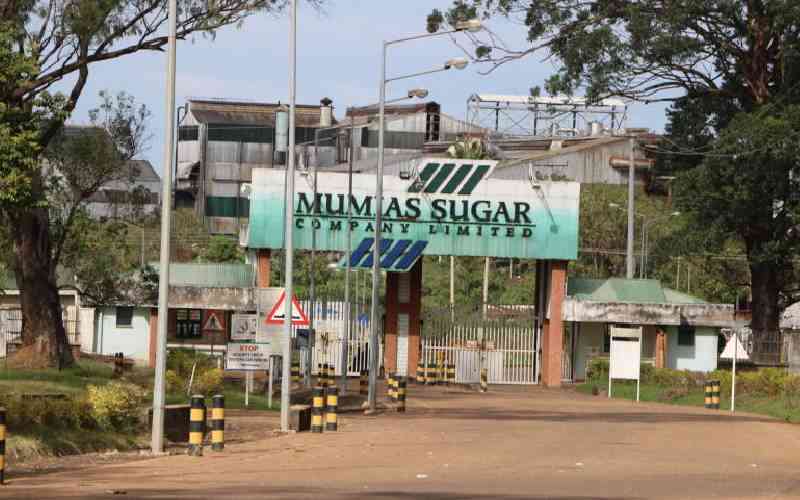 After seven years of silence, the machines have started running afresh with the once a upon a time renowned brand expected to hit shelves coming week.

For the last three days, the miller has been crashing 1000 tons per day with the firm expected to run to the maximum once all the machines are put in order.

At the same time, Kakamega Governor Wycliffe Oparanya said that he lobbied with Kenya Power to reconnect Mumias with power.

According to him, Mumias owes the power marketing company Sh 1.2 billion.

“The case is before the Supreme Court. However, the Court of Appeal allowed the firm to run. The other day, they had a problem with Kenya Power. The Kenya Power people are claiming Sh 1.2 billion which had not been paid. They said they pay Sh 500 million. I went to Nairobi to talk with the Minister in charge of power,” said Oparanya adding that the Minister gave a green light for the reconnection.

It also emerges that weighbridge operators are claiming Sh37 million.

Sarrai, took over Mumias after Court of Appeal suspended Commercial Court orders that had blocked it from running the firm.

In the case, Treasury backed the receiver manager Ramano Rao’s decision to hand the miller to Sarrai Group.

Treasury Principal Secretary (PS) Julius Muia in his new affidavit argued that it would be of no help to hand Mumias to a competitor or a company with milling machines within the same area as MSCL.

The PS took cue from Mr Rao who claimed that he dropped off West Kenya Sugar Company from the bid race due to conflict of interest. This is despite the company offering the highest financial bid.

According to Rao, West Kenya has a factory that is 36 kilometres east of Mumias and was harvesting 50 per cent of the sugarcane within MSCL’s territory.

Rao also claimed that West Kenya did not produce its financial statements as was required in the bid documents.

Dr Muia in his argument before Commercial Court judge Alfred Mabeya stated that in order for the leasing process to be successful, the best bidder should be able to turn the miller into profitability.

He asserted that the most important issue at hand is balancing the lease rent and ensuring that Mumias has funds for sustainable operations.

“I verily believe that the direct competitor of MSCL, especially one that has mills within the same vicinity as MSCL and competes with MSCL with resources including raw materials for sugar production is unlikely to have the best interest of MSCL due to conflict of interest,” the PS.

Dr Muia told the court that he wanted to clarify on his earlier affidavit which appeared to suggest that he had faulted Rao for picking Sarrai Group as the most preferred bidder.

“I found it necessary to make this supplementary affidavit upon realizing that my statements in the affidavit of February 15, 2022 may be taken out of context to suggest that I was faulting the first defendant’s (Rao) evaluation of the bids that were presented to him.

“I verily believe that it is in the interest of justice, of all the parties herein and of the public that I provide the context in which I made the statements,” he stated.

Mumias was incorporated on June 29, 1971. It was then privatised through listing at the Nairobi Stock Exchange in 2001.

According to court papers, National Treasury owns 20 per cent while institutions have 4.57 percent shareholding. Meanwhile, individuals own 75.43 percent of the ailing miller.

The shareholding equity had eroded to a negative Sh14.63 billion, thereby exceeding its Sh628. 24 million assets. It had also accumulated huge debts.

The case will be mentioned before Commercial Court judge Wilfriday Okwany on Monday.

Previous article
How e-commerce is creating opportunities in businesses 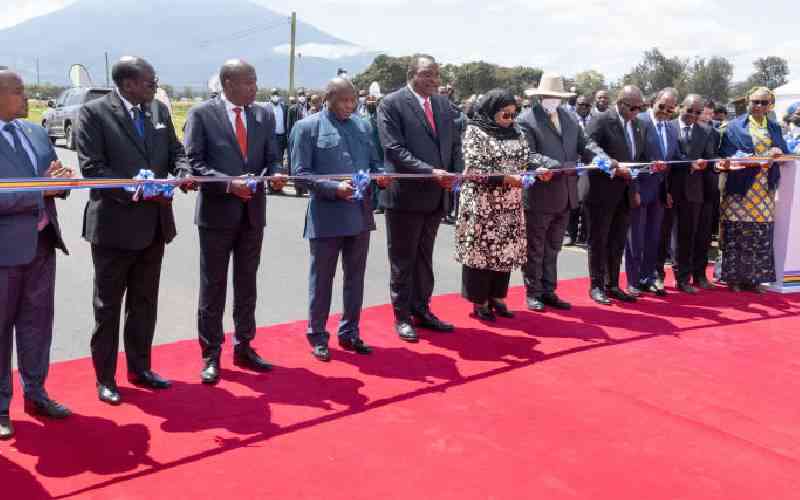 By Moses Omusolo 22 hours ago
Business
Kenya, Africa lag behind in fertiliser use