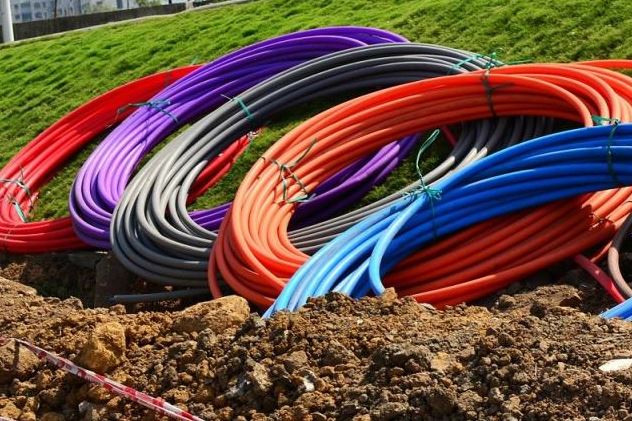 Telkom Kenya has handed over the National Fibre Optic Backbone Infrastructure (Nofbi) to the government amid questions over the fate of hundreds of millions in fees collected from the utility in the past five years.

This comes on the back of a parliamentary inquiry following concerns raised by the Auditor General that taxpayers’ money could be getting lost in the key infrastructure project.

In a report published last month, Auditor General Nancy Gathungu flagged an opaque tendering process that saw Chinese firm Huawei granted an automatic extension on its tender and a Sh1.7 billion payment to begin Phase Two of the project.

According to Ms Gathungu, Nofbi and the County Connectivity Project (CCP) run by the ICT ministry did not have a defined structure for monitoring delivery by contractors paid billions annually.

“The projects do not have a defined structure that allocates responsibility of ensuring delivery by the contractors,” she said in the report.

“No documented inspection and acceptance reports have been provided to support any of the payments made amounting to Sh7.5 billion in respect of Nofbi and Sh1.3 billion paid in respect of CPP over the last three years.”

The project kicked off in 2005 as a government initiative to connect all major towns in the country with high-speed broadband fibre.

Initially, telecommunication service providers including Safaricom and Airtel were invited to participate in a joint deployment.

Following months of push and pull, however, the service providers opted out of the project in favour of rolling out their own fibre cables or adopting cheaper lease arrangements.

The first phase of the project was given to three contractors, Huawei Technologies, ZTE and Sagem and connected 28 counties. They took 1,112, 1,342 and 1,771 kilometres respectively.

The second phase was expected to cost Sh7.2 billion funded through the Kenyan government and China’s Exim Bank.

In the 2018-19 financial year, the State Department of ICT paid Chinese telecommunications firm Huawei a total of Sh1.7 billion as partial payment for construction of the second phase.

The Auditor General has queried repayment of the loan through China’s Exim Bank, stating that hundreds of millions of taxpayers’ funds cannot be accounted for.

“Although ICTA (ICT Authority) has started funding the repayment of the loan through the opening and operation of the escrow account funded through periodic disbursement from the National Treasury, the loans, as well as the resultant assets acquired with the loans have not been recorded in the authority’s financial statements,” said Gathungu.

“Under the circumstances, the legality, propriety and justification of the loans totalling Sh16.5 billion whose repayment by the ICT Authority has been funded by the National Treasury to date amounting to Sh727 million, and in effect the Kenyan taxpayers, cannot be ascertained.”

Aside from this, hundreds of millions of subscription fees paid by service providers using Nofbi in the past six years cannot be accounted for, and there are no records of how many users have been connected, their utilisation levels and how much they owe.

“The government has therefore been funding the operations of commercial entities without recovering the cost, which amounts to lack of prudent use of public resources,” the Auditor General said.

Last week, Telkom Kenya was summoned before the National Assembly Public Accounts Committee to respond to the Auditor General’s report.

The firm’s CEO Mugo Kibati made startling revelations. Mr Kibati said since 2010, Telkom Kenya has offered operational and management services for Nofbi on behalf of the Ministry of ICT at a cost of Sh20.3 million monthly.

“This contract gave Telkom the additional responsibility of commercialising the cable under a profit-share arrangement with the ministry.”

According to Telkom, the rates applied for the 50-50 profit and liability split was suggested by the ministry, but at the lapse of the contract the government was reluctant to renew the contract, forcing the cash-strapped telco to fund Nofbi operations.

“With no guidance forthcoming from the ministry on the matter, and despite numerous but fruitless efforts to obtain renewal, Telkom continued to operate and manage the cable,” said Kibati.

In recent years, however, the rollout of fibre across the country by several wholesale broadband service providers has provided variety to both public and private entities seeking connectivity.

This means Telkom has been unable to match their pricing strategy and gain more users, leading to the loss of hundreds of millions in much-needed revenue.

“Telkom has therefore incurred a loss of Sh300 million. At the same time, Telkom has availed connectivity using the cable to government offices offering critical services.”

Kibati said Telkom does not bill the government, whose usage has accrued to Sh1.4 billion.

If all consumers of Nofbi, specifically the government, paid up for their connectivity usage, Telkom would have collected Sh3.1 billion, realising a surplus of Sh1.1 billion to be shared with the State.

Last month, ICTA took over operations of Nofbi, turning down the request by Telkom to have its operation licence of the fibre infrastructure renewed.

“The ICT Authority is in the process of taking over the management and operation of the Nofbi 1 cable that was initially maintained by Telkom Kenya,” ICTA Chief Executive Catherine Getao said in a letter to ICT Principal Secretary Jerome Ochieng dated January 14.

She asked the ministry to appoint two officials to a taskforce to oversee the smooth transition of the process and a week later, the PS responded to the request.

“The Ministry of ICT has nominated the following officers to the NOFBI 1 handover process as per your request,” said Mr Ochieng, proposing Faith Simiti from the finance department and Joseph Irungu from the ICT department.

The government’s takeover of operations and management of Nofbi is a big blow to Telkom, which has over the years struggled to establish a steady revenue stream after several failed attempts to restructure.

This is because Nofbi was a big part of the company’s strategy to reverse years of loss making and return to profitability.

Telkom’s failed merger with Airtel Kenya last year was severely weakened from the start when the government, the majority shareholder, said several assets would be excluded in the deal.

These included rights to Nofbi, lucrative tenders for connectivity to government security agencies and billions of shillings in land holdings spread out across the country.

Kabras Sugar RFC welcomed newbies Masinde Muliro University of Science and Technology (MMUST RFC) to the Kenya Cup with a...

By Jeniffer Anyango | 32 minutes ago