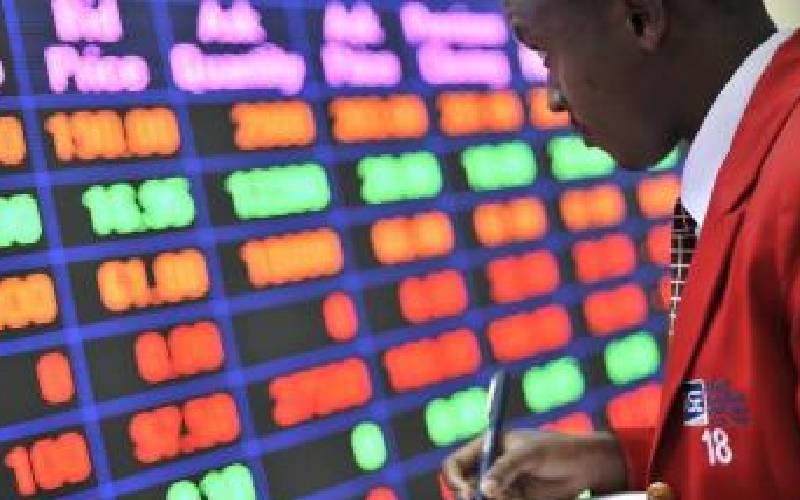 Foreign investors sold off Sh406 million worth of equities at the Nairobi Securities Exchange (NSE) in the last week of October 2020, sustaining the slump in the market that began with the outbreak of Covid-19.

According to a market intelligence report by KCB Capital, foreign investors dominated trading activities at the bourse, with Safaricom, KCB, Equity Group and East African Breweries Ltd (EABL) emerging as the most traded counters.

“The market was on a downward trend during the week as depicted by the key indices, with the Nairobi All Share Index (NASI) and NSE-20 shedding 0.8 per cent and 0.9 per cent respectively,” said the investment firm in its report.

“Foreigners turned net sellers during the week, with net outflows worth Sh406.7 million responsible for 62.4 per cent of market activity compared to 70.3 per cent the previous week,” states the report.

Safaricom was the most traded counter, with Sh274 million worth of shares changing hands, followed by Equity and KCB that recorded Sh131 million and Sh86 million in daily turnover respectively.

The top four traded counters account for 84.4 per cent of the market with KCB Capital stating that this trend is bound to continue in the coming week due to their liquidity traits.

According to market figures released by the Capital Markets Authority (CMA), foreign investor turnover as a percentage of overall trading continues to rise, from 60 per cent in July this year to 75.5 per cent recorded in September.

Market consolidation continues to persist with the top five firms accounting for 77 per cent of market capitalisation, up from 73 per cent last year.

CMA Director for Regulatory Policy and Strategy Luke Ombara said firms, particularly those in the financial sector, were citing liquidity risk as a major challenge in the initial months of the pandemic.

“Credit risk management is now a major focus as the market adjusts to the consequences of measures introduced as a response to the pandemic such as restructures of loan facilities and deferral of mutual fund repayments,” said Ombara in Nairobi recently. He was presenting the Capital Markets Soundness Report for the third quarter of this year.

CMA said it has put forward policy proposals to the National Treasury to help stimulate trading and boost investor confidence at the bourse.

These include the listing of State corporations and lowering the fees charged on firms seeking to list.

By Philip Mwakio and Patrick Beja | 21 hours ago