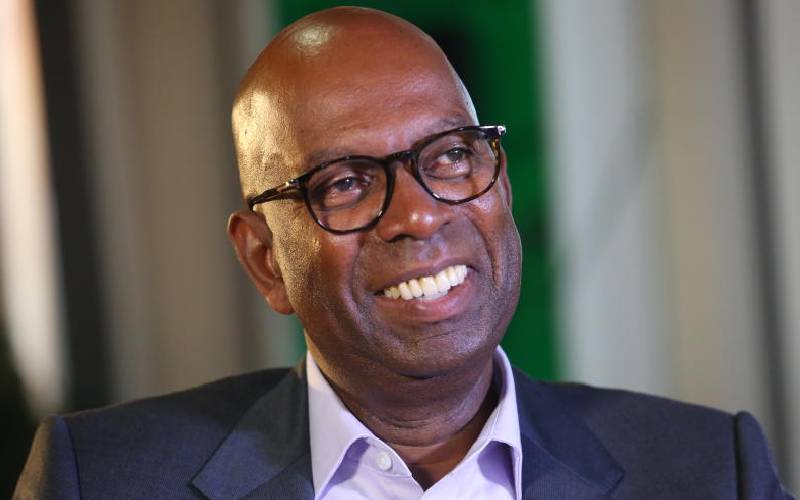 Bob Collymore (pictured) knew his music. Knew it and loved it. He also knew its transformative power and that is how we connected. It was an honour and a pleasure for us at The Art of Music Foundation to work with him over the years, and to see his dreams for young musicians fulfilled.

I first met Bob at the Safaricom Classical Fusion concert featuring the Soweto String Quartet and Eric Wainaina in Mombasa, in 2010. After what was an amazing concert, all the performers went for dinner and he and I sat at the same table. He asked a lot of questions about the music scene in Kenya. I could tell even then, that he was a passionate music lover. He mentioned that he played the saxophone, and he also spoke fondly of his young son who was a budding musician. His son would later visit our project Ghetto Classics on Bob’s first visit there.

We then interacted the following year, when Safaricom sponsored a visit by the great Italian Maestro Riccardo Muti, who was then the Music Director of the Chicago Symphony Orchestra for a free performance at Uhuru Park. Muti came with more than 200 members of the Orchestra Cherubini.

On a trip to Sweden the year before, he had watched a youth orchestra perform and he felt the strong urge to start a similar project in Kenya. He wanted to grow a world-class orchestra in Kenya and he was willing to invest heavily in this idea. I was tasked with bringing the best team together in order to deliver this.

I looked no further than two great and passionate musicians who I had worked with, Dr Duncan Wambugu and Levi Wataka. The time to turn this project around was short, as Bob and his team wanted it running as soon as possible. Other than having very high musical standards, the other thing that was important to Bob was that the orchestra brought children from all walks of life together.

He did not want the orchestra to consist purely of children from one social stratum. He wanted the orchestra to be something that united children. In order to aid this, Safaricom bought musical instruments to ensure that no talented child would be hindered by lack of devices.

To date, SYO has some of the best orchestral equipment in East Africa. SYO was officially launched on April 2014 with 64 children. We also had 10 of the greatest tutors. The impact the orchestra has made on the Kenyan classical musical landscape is huge and this is Bob’s legacy.

The members have raised the standards of classical music starting from the annual Kenya Music Festival all the way to the Nairobi Orchestra. In 10 years, the young musical leaders coming out of SYO will really have made their mark.

Where Bob and I really bonded though was through the Ghetto Classics programme. This programme that brings music to children in informal settlements, started in the year 2008 and from the beginning it was always a faith project.

We, at The Art of Music Foundation, never knew if we would make it to the end of the week. What we were doing was so new and uncharted at the time and the challenges were so many. Through the years, the team put in everything we had, but the truth is we were struggling. Then came the call that would change our lives.

We had been chosen to be the official charity associated with a new music festival that was to be launched, The Safaricom International Jazz Festival. All the proceeds from ticket sales would come to us. This propelled us in a way we would never have imagined.

Not just from a monetary point of view, but in so many other ways. The relationships we made, the opportunities for the children. The luxury to dream beyond the next month. With it came a deeper relationship with Bob. Just like with the youth orchestra, he knew all the children. He was open in a way you would not expect the CEO of a big company to be.

He dropped all his walls when it came to the players at Ghetto Classics. He gave out his personal phone number, remembered upcoming events, helped design life goals and was a friend, adopted father and mentor to whoever he felt needed it. He was invested and that made all the difference.

In my last conversation with him two days before he passed away, he still cared enough to ask me about particular players. He also shared his pride about what we had been able to accomplish.

Even now there are times I wish I could share an achievement or a milestone with Bob. I think he would be so proud of how his children are doing. They talk about him often and his presence is felt in their music.

- Ms Njoroge is the Executive Director, Art of Music

Rent or own property; which way for SMEs

Rent or own property; which way for SMEs

Why trust is key in your online business

Why trust is key in your online business