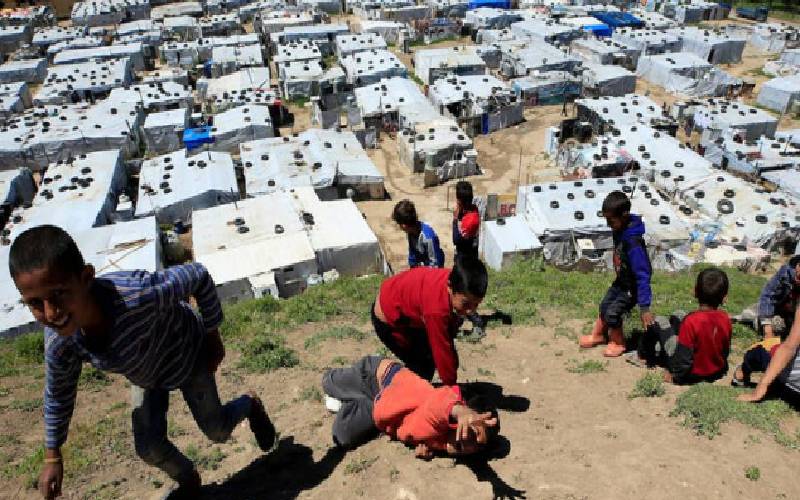 Governments and businesses must do more to integrate refugees into the economy and stop them falling through the cracks during the coronavirus pandemic, a top United Nations official said on Thursday.

The global refugee population has risen to nearly 30 million people - almost twice the number a decade ago, according to new figures released by the U.N. refugee agency (UNHCR)

Refugees have been first to feel the economic impact of the pandemic because they often work in the informal economy.

"When the lockdown occurred, we saw very, very quickly that refugees ... lost their jobs," the UNHCR's Gillian Triggs told an online discussion hosted by the Thomson Reuters Foundation on challenges facing refugees in the COVID-19 era.

The pandemic has also increased xenophobia and discrimination and led to a big rise in evictions, added Triggs, the UNHCR's Assistant High Commissioner for Protection.

She said refugees must be included in national health systems, not just for their own safety but for everyone's. "If one person is sick with COVID, we all are," she added.

In the Netherlands, electronics giant Philips is supporting an initiative hiring refugees to produce masks from filter material used in its vacuum cleaner bags.

"Businesses have a vital role to play," said Maltz. "There's a huge opportunity for all of them to step up."

Prior to COVID, he said companies like IKEA and Starbucks had already made their hiring process more inclusive.

Maltz urged governments to use taxes and other incentives to encourage businesses to employ refugees.

Maltz suggested the European Union could give Turkey preferential access for its agricultural products if it helped Syrian refugees to work in the sector.

Maya Ghazal, who hopes to become the first female Syrian refugee pilot, said people hold negative stereotypes about refugees and assume they are not educated, especially if they do not speak English.

"I was told I was not smart enough to sit in an English classroom," said Ghazal, who arrived in Britain speaking no English but is now studying aviation engineering.

"It's important to give people a chance."

She said a major obstacle for many skilled refugees was that employers do not recognise qualifications they obtained in their home countries.

The coronavirus pandemic has prompted some countries to ease barriers to help refugee medics work during the crisis.