The company said it expects its free cash flow to slide to $50 million-75 million this year at an oil price of $50 a barrel, but hopes to raise cash from the asset sales.

Free cash flow at the group had already fallen last year to $355 million from $411 million in 2018. Highly-indebted Tullow expects to break even at prices of $45 a barrel.

Brent crude was trading just below $34 a barrel early on Thursday, down from above $70 at its January highs.

Tullow said that the oil price slide might thwart the asset sales which may stop its lenders from approving semi-annual reserve-based loans or amendments to its debt covenants if required.

“Therefore, we have concluded that there is a material uncertainty, that may cast significant doubt, that the Group will be able to operate as a going concern,” it said in a statement. 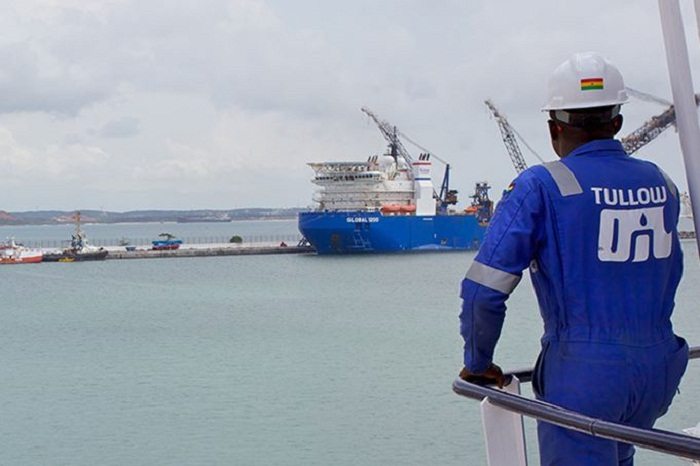 Tullow said it expected its debt facility to be confirmed this month at $1.9 billion, of which it can still tap $700 million.

It said it would slash its investment budget by about a third to $350 million this year and cut its exploration spending, historically the focus of the group, by almost half to $75 million. That will be weighted towards its fields in Ghana.

The company, which is also shrinking its workforce by about a third, said it has drawn up a final shortlist of chief executive candidates to replace Paul McDade, who resigned in December.

Tullow, whose shares have shed around 90% of their value in the past six months, said it aims to cut its general and administrative budget by around $200 million over the next three years.

Its debt stood around $2.8 billion at the end of last year, compared with a market capitalisation of $305 million as of Wednesday. The company, which has put part of its Kenyan and Ugandan assets on the market, aims to raise at least $1 billion in asset sales.

“Target valuations may be harder to achieve given the recent oil price fall, which at least in the near term means questions remain on funding, JPMorgan analysts said in a note.

“Hence while asset quality is evident, it is overridden by high leverage in a low oil price environment, and we therefore prefer to wait for TLW to deliver some of its key targets that will address the potential funding gap.”

Tullow last month said it planned to cut a third of its staff after it was hit by weak output in Ghana, delays in East Africa and lower-than-hoped-for oil quality in Guyana.

Oil prices have slumped in recent weeks due to the expected impact of the coronavirus on global growth, and the collapse of an agreement to cut oil output by major producers.