Pain for local consumers as tomato prices go over the roof 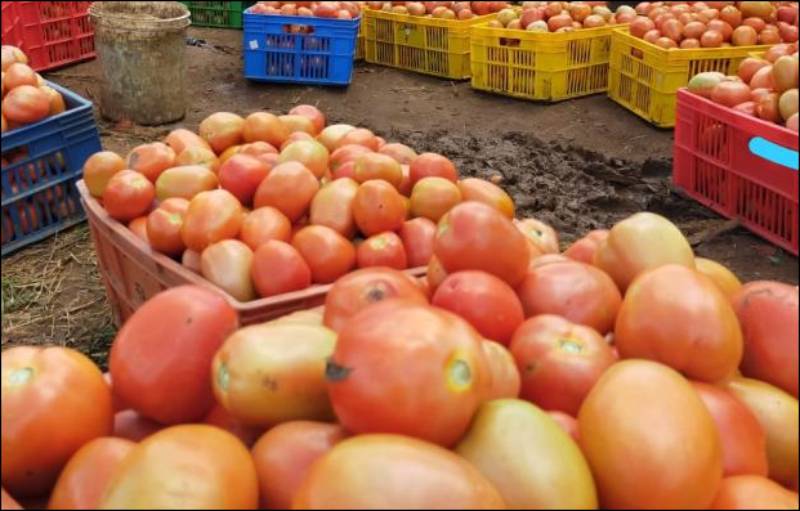 Tomato prices have skyrocketed in the past two months, forcing Kenyans to dig deeper into their pockets to enjoy a well flavoured meal.

A spot-check by The Standard around Nairobi estates revealed just how tomato prices have increased uncontrollably.

One tomato in Lucky Summer estate, for instance, goes for between Sh15 and Sh20. This is from from Sh5 and Sh10 in December.

“It’s really frustrating to buy a tomato for Sh15 or Sh20,” said Lucy Wambua, a resident of Lucky Summer.

“We are even considering doing away with them to save costs considering we’re also struggling with prices of other household items.”

The say they can no longer afford to buy tomatoes in order to prepare kachumbari (a mixture of tomatoes and onions) that they use to flavor eggs and sausages.

“We now purchase a bag of tomatoes from Muthurwa Market for between Sh1,000 and Sh1,250, up from Sh700 in December,” said James Kariuki, a egg vendor in the CBD.

“Yet the quality of these tomatoes does not match the prices...they are either too ripe or very raw, which is not suitable for the kachumbari.”

The traders attribute the increased cost to reduced supply in the market and transportation challenges.

According to Consumer Prices Indices from Kenya National Bureau of Statistics, month on month price for tomatoes increased 34.4 per cent from an average of Sh95.7 in December last year, to Sh130.2 per kilogram this month. Agriculture Chief Administrative Secretary Jebii Kilimo has attributed the shortage to heavy rainfall experienced in some parts of the country where tomatoes are grown.

“Sometimes heavy rainfall tends to destroy tomatoes in farm. This in turn cuts down the supply,” she said.

Samuel Chelang’a, who is a farmer in Isinya, said the main cause for tomato shortage is tomato blight, a diseases caused by fungus-like organisms that spread through tomato foliage, particularly during wet weather. Blight spreads quickly, causing leaves to discolour, rot and collapse.

“People in the market do not like tomatoes from the green houses because they lack the good flavour that those from the open fields have,” Mr Chelang’a said.

He said if the weather is favourable, the prices will have stabilised by March or April this year.

Last year in April, tonnes of tomatoes were ironically rotting in farms on increased supply and lack of market.

Mombasa County is currently the hardest hit by high tomato prices. One tomato is going for as much as Sh50 or Sh70, up from Sh10 last year.

The prices have sharply risen after a reported dispute between county authorities and traders.