Dairy board to reintroduce suspended regulations 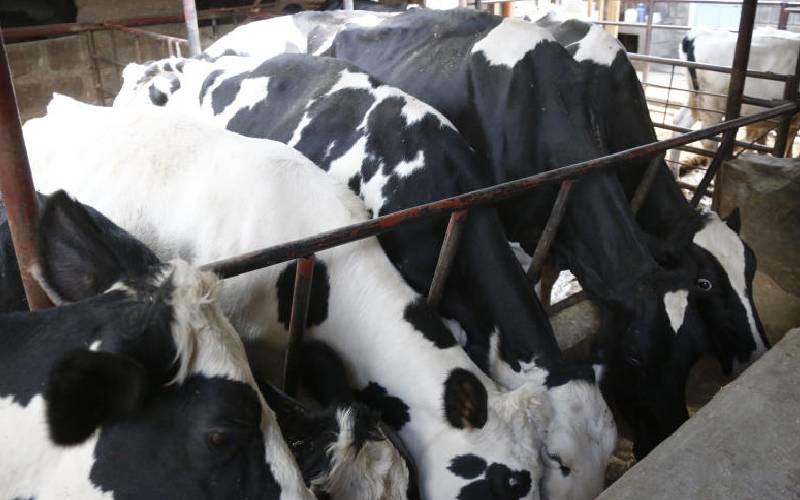 The Kenya Dairy Board (KDB) has asked farmers to brace themselves for new industry regulations even as it cautions vendors against dealing in unprocessed milk. KDB Managing Director Margaret Kibogy said plans are at an advanced stage to reinstate the draft Dairy Regulations 2019 that were suspended in March following massive pressure from the public and farmers. Most farmers opposed the bill on grounds that it sought to sabotage the dairy sector by creating loopholes for cheap milk products to be imported from neighbouring countries, thus threatening their livelihoods. Farmers and other parties that violated the regulations risked paying hefty fines of up to half a million shillings arising from contraventions including selling of milk to hawkers. The rules would also force farmers to pasteurise their own milk or send it to a milk cooling facility if they lacked capacity. KDB has however said it is gathering views from the public and was keen on coming up with the final document. “Farmers and others affected should, therefore, be ready to work with the new guidelines which, among other things, seek to address the issue of milk safety, boosting production capacity as well as addressing value chain and market challenges,” said Ms Kibogy. The MD spoke on the upcoming African Dairy Conference to held in Nairobi early August. The symposium and expo is jointly organised by the Kenya Dairy Board and the Eastern and Southern Africa Dairy Association (Esada), alongside various farmer associations. Esada Executive Director Peter Ngaruiya said the three-day event provides a platform for dairy industry stakeholders to work together to find effective means of addressing sector challenges.