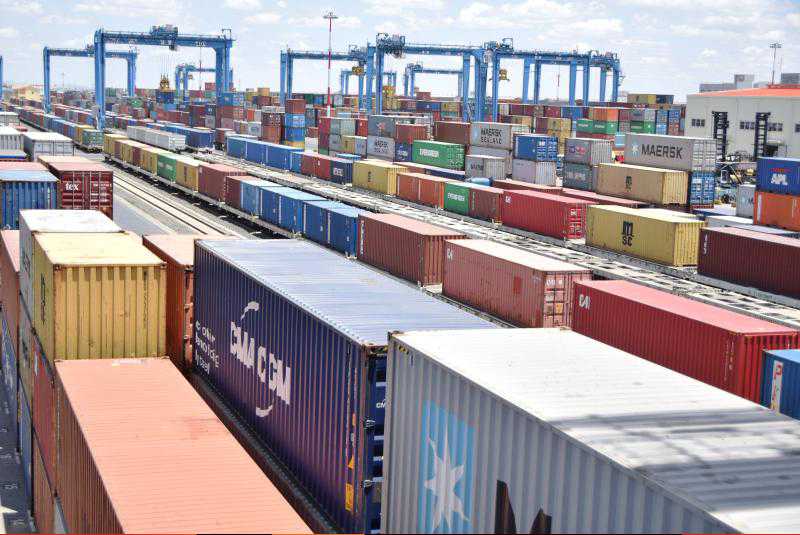 MOMBASA, KENYA: Operations at the Port of Mombasa have slowed down for the last two days following heavy rains that have been pounding Coastal region.

A statement issued by Kenya Ports Authority (KPA) stated that the rains have paralysed all ships operations prompting all ships at the Conventional Cargo area to close hatches.

KPA stated that most affected vessels are those that have arrived to discharge wheat cargo, fertiliser, steel and coal.

At the container terminal, KPA added that only deliveries were working.

''The whole of Thursday for example, there was nil performance in the operation area as rains persisted throughout the day which also severely affected the Standard Gauge Railway (SGR) freight services,'' KPA said.

Head of Corporate Affairs at KPA, Benard Osero stated that the effects of the prevailing situation will be characterised by slow cargo evacuation, poor stevedoring services, and reduced SGR operations.

''KPA has put in place strategic measures to mitigate against the vagaries visited on the Port by the unfavorable rainy weather condition,'' Osero explained.

The Authority has in the meantime moved in to assure customers that they are making every effort to ensure that all resources are utilised optimally when the rains subside.

''We wish to advice those who have not finished their documentation to continue doing so and be ready to clear cargo once weather permits,'' Osero added further.

How to take care of tattooed skin
Skin Care
By Esther Muchene
9 hours ago
Premium Inside the Equity-KCB supremacy war
Financial Standard
By Dominic Omondi
11 hours ago
Premium The bitter war to recover Sh594m investment in deal gone sour
Business
By Patrick Alushula
13 hours ago
Three months later, Nzoia Sugar roars back to life after repairs
Business
By Juliet Omelo
17 hours ago
How fintech tools can help cushion Kenyans during inflation
Opinion
By Munyi Nthigah
19 hours ago
.