Home & Away
HF has in the past also developed landmark estates such as Buru Buru and Komarock estates in Nairobi’s Eastlands. 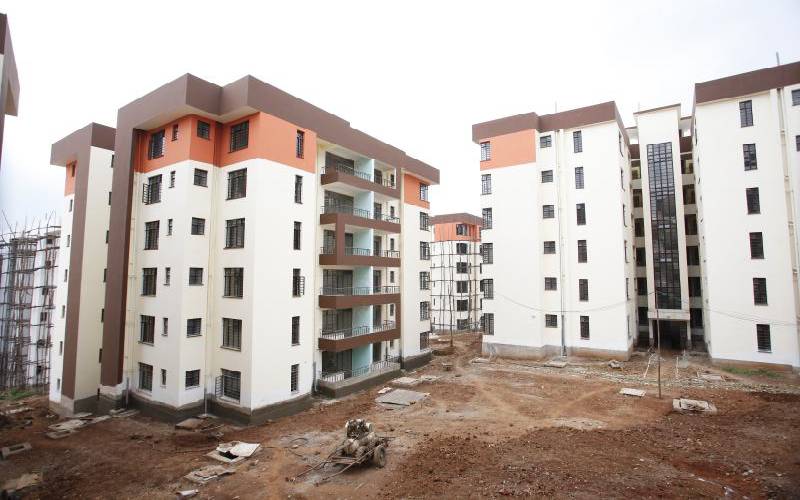 Housing Finance Group (HF) yesterday handed over its Sh1.9 billion development project, christened Richland Pointe to buyers. Launched in 2017, the development located along Kamiti Road off Thika Super Highway consists of 248 two- and three-bedroom apartments selling for between Sh8.5 million and Sh9.5 million. It was developed under a joint venture vehicle, Richland Development Limited, between HF and Richland Dam Estate Limited. Richland Dam Estate Limited provided land while HF provided equity equivalent to the land. Speaking during the handover ceremony, HF Group CEO Robert Kibaara attributed the quick uptake to the recently launched Shika Nyumba campaign, aimed at creating awareness of the listed lender’s projects. “Our mission is to empower Kenyans to own property, specifically affordable housing with modern features and amenities that improve the quality of life for individuals and communities both now and in the future. We have a strong legacy spanning over 54 years in property development and mortgage finance and we will continue to leverage this strength to turn our customers home ownership dreams into reality,’’ said Kibaara. HF has in the past also developed landmark estates such as Buru Buru and Komarock estates in Nairobi’s Eastlands. The Group recently embarked on a business transformation strategy anchored on building a digital bank, expansion into new banking segments and maintaining dominance in mortgage finance. Earlier in the year, the Group launched the ‘Shika Nyumba Na HF’ property sales promotion that provides customers with discounts of up to 30 per cent on 700 ready homes, with mortgage financing available from HF. “HF is committed to the affordable housing agenda and will continue (to) deliver on this fundamental human right and make home ownership a reality for the majority of Kenyans by increasing the pace and volume of housing provision. Moving forward, the business will concentrate its efforts on mortgage financing to end buyers,’’ said Kibaara.