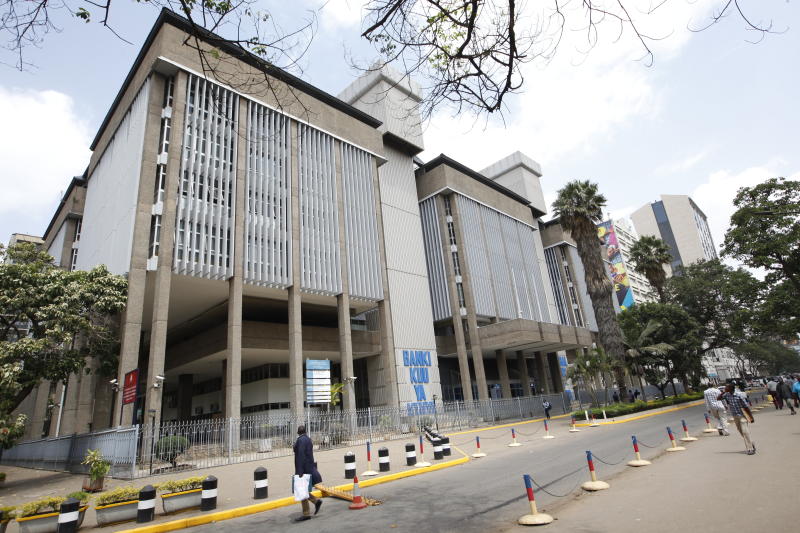 The Banking (Amendment) Act of August 2016 has been one of the most contentious pieces of legislation ever to hit the local real estate sector. The law was meant to make loans less expensive by reducing interest rates.

The reaction from the financial sector was immediate. Banks placed all current and prospective borrowers under the same umbrella as far as risks were concerned. On the other hand, the government’s appetite for borrowing appealed to lenders. Real estate buyers who relied mostly on borrowed funds found it difficult to get loans.

“The interest rate ceiling has contributed to slow growth in credit to the private sector. Moreover, the aim of the amendment, which was to expand access to financial services, has not been achieved since banks have shied away from borrowers they consider riskier and have priced above the maximum lending rate,” he said. Now Rotich wants the law repealed to spur lending to the private sector, real estate being a key component.

“In order to enhance access to credit and minimise the adverse impact of the interest rate capping on credit growth while strengthening financial access and monetary policy effectiveness, I propose to amend the Banking (Amendment) Act, 2016 by repealing section 33B of the said Act. This is to enable banks and other lenders to provide more credit, especially to borrowers they consider riskier,” he said.

But will this be the silver bullet required to bring the ailing sector back on its feet?

While it remains to be seen how lenders will react when the law is repealed, one school of thought says lenders will continue to do business with the government in the hope of better, quicker and more guaranteed returns.

The Kenya Economic Update, a World Bank report released in December 2017, says the private sector credit growth in Kenya has been on a downward trend owing to the government’s desire to borrow in the domestic market. Since the second half of 2015, says the report, private sector credit growth has been falling from a peak of 25 per cent in mid-2014 to 1.6 per cent in August 2017 — its lowest level in over a decade.

Thus, some think the repeal of the law will do little to change this status and open the floodgates of funding to real estate.

Francis Kihanya of Manyatta Investments International says high interest rates are the main reason Kenyans prefer to build on their own. He says it is unfortunate that financial institutions have sabotaged what he calls one of the best laws enacted since independence. “Kenyans in the Diaspora will tell you that interest rates in developed countries are at a single digit. In fact, 99 per cent of the homes are owned through mortgages. The first mortgage buys a home. Then as the house appreciates over the years you refinance in what we call equity release to finance other items or start a small business. This is the conversation we should be having now,” he says.

David Ndegwa, a real estate developer in Nairobi, does not believe the planned repeal will offer reprieve to the sector. He says the attractive nature of government papers will still lure lenders to the detriment of the private sector.

“I don’t think the repeal of the law will led to cheaper mortgages. Banks will continuously invest in treasury bills and allocate fewer resources to mortgage accounts. If monthly mortgage repayments are four times the monthly rent, they will still be out of reach of ordinary Kenyans,” he says.

Frank Ireri, managing director at HF Group, remains “cautiously optimistic”. To him, the move is more of a double-edged sword that could have different ramifications. “The repeal of the law will obviously open the taps for more lending. However, it is likely rates will go up. Much of what results from the repeal will be driven by the direction taken by government papers,” he says.

Mwenda Thuranira, a Mombasa-based developer, says while the repeal is a step in the right direction, it will not help if banks continue charging high rates on long-term borrowing. He says banks need to bring the rates to a single digit, especially where there is enough security to back up the lending.

In addition, he says, the costs of land and financing are the two largest components of real estate development, with direct implication on the final product. “A mortgage is usually a long-term project. It is not short-term like borrowing to buy a car that can be repaid in about two years and attracts a higher interest rate. Therefore, banks need to treat those borrowing for home ownership differently,” he says.

How to take care of tattooed skin
Skin Care
By Esther Muchene
11 hours ago
Premium Inside the Equity-KCB supremacy war
Financial Standard
By Dominic Omondi
12 hours ago
Premium The bitter war to recover Sh594m investment in deal gone sour
Business
By Patrick Alushula
15 hours ago
Three months later, Nzoia Sugar roars back to life after repairs
Business
By Juliet Omelo
18 hours ago
How fintech tools can help cushion Kenyans during inflation
Opinion
By Munyi Nthigah
21 hours ago
.