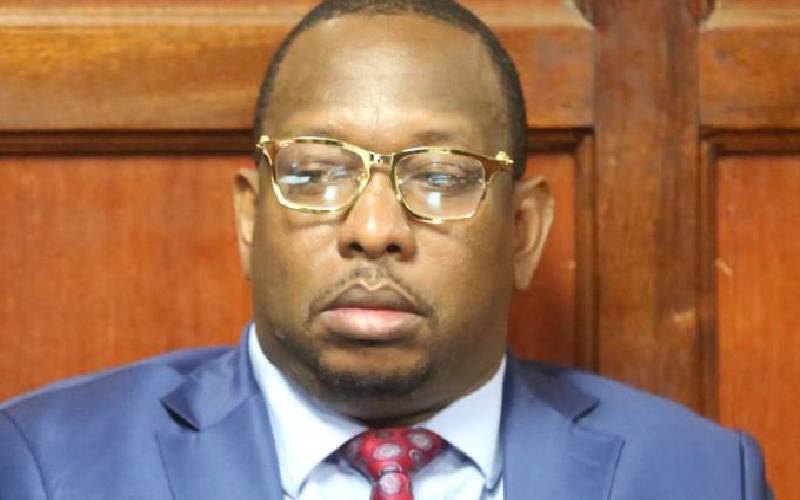 Governor Mike Sonko (pictured) has, however, vowed to contest the move in court, accusing the Nairobi Speaker of flouting assembly standing orders in publishing the Bill that has driven a wedge between him and the house.

The Bill was gazetted on Monday. This means the Nairobi Metropolitan Services can now access the Sh15 billion set aside by the city assembly through the Bill and a further Sh1.02 billion for fighting the spread of Covid-19 in Nairobi, which has been declared the epicentre of the disease.

This throws a spanner in the works in the simmering row between Mr Sonko and Ms Elachi, who last week agreed to draft a new Supplementary Budget that would have put an end the constant tussle at City Hall.

Both parties had agreed to a new Supplementary Budget Bill in an emergency meeting on Thursday evening attended by two State House officials, Sonko, the Majority leadership, the Budget Committee, chief officers, CECs and the acting county secretary.

Sonko now says he is shocked by the development, which he termed as impunity, and will seek to block it in court.

"I rejected the Bill in a Memorandum sent to the Assembly. The law requires the MCAs either amend it to reflect my concerns or overturn it with a two-thirds majority. This never happened. What precedence are we setting? It will not happen under my watch and I will be heading to court immediately," he said.

Sonko said the move reaffirms his resolve to pull out of the deal he signed with President Uhuru Kenyatta to transfer some county functions.

Sonko, county on the spot over delay of Sh1b Dandora stadium