The invasion of ranches and conservancies has taken a violent dimension

By Joe Musyoki | 4 years ago

The silence from Kenyan authorities on allegations by concerned US congressmen that we could be getting a raw deal in the planned purchase of military aircraft is deafening, to say the least!</p> <p>Sadly, we have buried our heads in the sand like the proverbial ostrich! Irrespective of whether the deal is legally compliant as claimed by the US ambassador to Kenya, Mr Robert Godec, the fact that it does not represent value for money as alleged by his congressional bosses ought to raise our eyebrows

Imagine fueling your car at a petrol station and when you start your journey, your car stalls because the tank is empty

Chiefs must be a stabilising factor

One of the institutions that will come under inten...

Best time to ferry fuel is at night

The decision to ban trucks from transporting flamm...

Reports that KDF suffered a second attack on one o...

All parties wrong on Nairobi governorship

We all agree that speeding kills, but the manner i...

The ongoing IEBC talks may not achieve the intende... 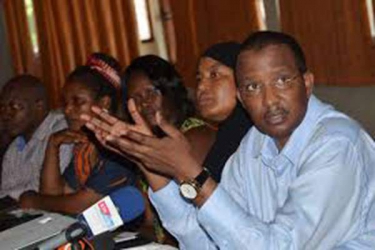 Why police reforms are bound to fail

Just the other day, an officer at Kapenguria Polic...

NTSA should rise above policing pedestrians

The many accidents being witnessed along Mombasa R...

Pan Paper owners should know how forest will be replenished

The planned re-opening of Pan Paper Mills in Webuy...

Congratulations are in order for the Senators and ...