Pakistan Athorities back China's clampdown on Uyghurs gets

By Agencies and Mwangi Maina | 1yr ago 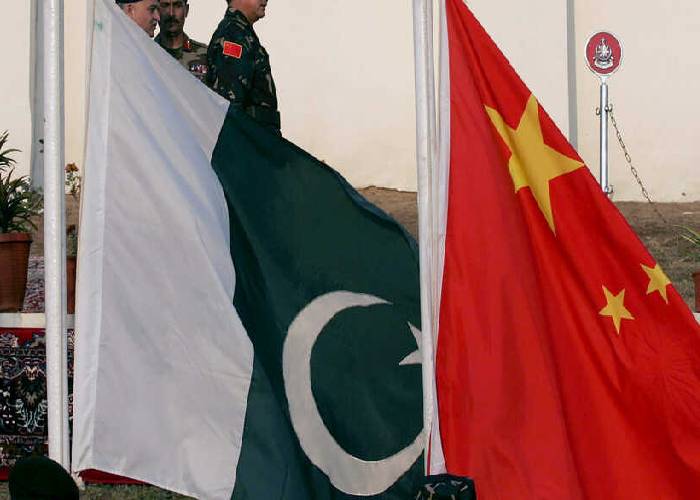 Pakistan's support to Chinese actions near the border has evolved from counterterrorism measures taken against Uyghur-origin militants affiliated with South Asian jihadist outfits to lifting individuals at the behest of the Chinese government.

Kunwar Khuldune Shahid writes for The Diplomat that textile and carpet merchant Abdul Wali's elder brother was abducted by local authorities. Wali belongs to an Uyghur Muslim family originally hailing from the Dabancheng district of Urumqi, the capital of China's Xinjiang region.

Wali said that his brother, an Islamic cleric, was accused of being a member of the East Turkestan Islamic Movement (ETIM), an Islamist militant group outlawed as a terror outfit in both China and Pakistan.

Wali's friend, Ibrahim Ahmed, whose father moved to Gilgit-Baltistan from Xinjiang, said that the Pakistani Uyghur community has increasingly suppressed its identity in recent years amidst growing Chinese influence.

"I travel the length and breadth of Pakistan for work. The Chinese have taken over the country. In Gilgit, many are asking their family members, especially men, to leave for other parts of Pakistan and even other countries. China is erasing Uyghur presence from Gilgit, where many of us have been living for decades," Ahmed told The Diplomat.

Gilgit-Baltistan is the gateway to the USD 62 billion China-Pakistan Economic Corridor (CPEC), Beijing's biggest overseas investment and an important part of its headline Belt and Road Initiative (BRI).

Pakistan, which loudly proclaims CPEC to be its economic lifeline, has increasingly acquiesced to Chinese demands since the initiation of the project, which couples financial misappropriation with human rights abuses, which now includes clamping down on Uyghurs, writes Shahid.

In 2018, a protest was initiated by Pakistani men whose Uyghur wives had been detained in Chinese internment camps. However, the protesters were threatened and dispersed, leaving individuals to plead their case.

"It's been three years now that I have been registering protests regarding by wife's whereabouts. She went back to China in 2018, and I haven't heard from her since. I don't know where she is and how she is," said Lahore-based trader Imran Malik.

Rights groups fear that Malik's wife, along with over a million other Uyghur Muslims, is detained in Chinese "re-education camps" as part of Beijing's attempts to erase the Uyghur Islamic identity. There have been reports of local Uyghurs being forced to eat pork, which is forbidden according to Islamic theology.

Furthermore, thousands of mosques have been destroyed in Xinjiang and Islamic clothing including veils and "abnormal beards" have been banned.

The Diplomat reported that the Uyghur Human Rights Project (UHRP) released its "Islam Dispossessed" report on May 13, which stated that Pakistan is among the countries which have helped China arrest imams and carry out "likely amounts to genocide under international law".

"With its crackdown, Pakistan has helped mainstream the Chinese narrative on ETIM, which wasn't heard of before 9/11," said UHRP's Peter Irwin, the author of "Islam Dispossessed".

Noting that Pakistan is completely toeing the Chinese line on the persecution of Uyghur Muslims, Irwin said that the narrative of the Chinese government is facilitated by Muslim countries downplaying the crimes against the Uyghur population.

"It is a battle of narratives, but there is just overwhelming evidence with regards to what is being done to Uyghur Muslims in Xinjiang. We have testimonies from imams, we have interviews with many other locals who have escaped captivity. There is a clear picture of what these camps really are," he said.

World Uyghur Congress (WUC) advocacy manager Zumretay Arkin, whose family was among those that escaped from Xinjiang, said many members of the community who have been in Pakistan for decades fear for their future.

She is also critical of the current Imran Khan-led government in Pakistan for "echoing Chinese propaganda." "But now Pakistan is deporting Uyghur Muslims, putting our lives at risk. Now Pakistani agencies are reporting directly to Chinese authorities in the ongoing crackdown," she said.

The WUC condemned Khan's interview with Al-Jazeera in 2019, where he said he was "not aware" of what is happening to Uyghur Muslims.

On the Uyghur question, Khan regularly says that China has done a lot for Pakistan, implying that the country cannot speak up even if it wanted to due to the economic cost. Last week, in an interview with Axios on HBO, Khan once again expressed similar subservience to China and denialism vis-a-vis Uyghur Muslims., according to The Diplomat.

In its 2017 report "Seeking a Place to Breathe Freely," the WUC published a list of Uyghurs that had been deported by the Pakistani government. The numbers have exponentially increased since the report was published.

By Biketi Kikechi 29 mins ago
Premium Spoiling for a fight: Have Ruto, Gachagua fallen into Raila's trap?

By Dennis Onyango 29 mins ago
Premium Fallen giant: George Magoha, the bold and hands-on scholar who dreaded failure all his life

By Jacob Ng'etich and Titus Too 29 mins ago
Premium Ruto-Raila face off in new battle of wits, who blinks first?

By Brian Otieno 29 mins ago
Premium Bully or pushover? Inside Chebukati's six-year tenure at IEBC
.