It's barely 10 am and the temperature has already hit 33 degrees Celsius in Kilelengwani village on the shores of River Tana in Tana River County.

Mohammed Godhana, a resident, stares blankly across the village and past Kilelengwani beach where tens of young men are busy unpacking mangoes from boats that just docked from Ozi.

Ozi village is 20 minutes away by speed boat through River Tana. But it takes over an hour to cross over on a canoe to Kilelengwani.

“The floods are near. In a few days, this place will be submerged. This time, it might be worse than the previous flood episode that we experienced recently,” he says.

Both Ozi and Kilelengwani lie within the Tana Delta and have borne the brunt of seawater intrusion and floods, part of the challenges currently occurring in some parts of the delta.

In his 50s, Godhana can predict upcoming floods from the kind of breeze sweeping through. A native, he can predict whether Tana Delta is headed for good or bad times.

“Tana Delta is our breadbasket as almost everything crop can thrive here, but weather patterns have drastically changed. The floods are more intense and cover wider areas than it used to. Droughts too are more frequent,” Godhana says.

The Tana Delta covers 130,000 hectares and spreads over parts of Tana River and Lamu counties. It stretches out to comprise flood plains, expansive mangrove systems, pristine beaches, as well as marine salty and freshwater zones that form a network of productive areas.

The delta also hosts over 350 species of birds and is home to the endangered red Colobus monkey and the Tana River Crested Mangabey.

Besides being a Key Biodiversity Area, Tana Delta is also a Ramsar site, meaning it is a wetland of international importance. When the delta remains undisturbed, it acts like a sponge, absorbing floods, storing water, something that makes it always lush green even during the dry season.

“Tana Delta is a critical ecosystem that supports thousands of livelihoods from farmers to pastoralists. It also hosts rare plants and animals and although it is a key biodiversity area, it remains unprotected. Some parts of the delta are already degraded and that is why restoration initiatives are key,” Nature Kenya director Paul Matiku said.

He says despite the critical role the delta plays, it has remained unprotected, which has led to degradation among other challenges such as land grabbing and development. The delta has been mapped as one of the areas on the East African coast under threat from rising sea level with current projections indicating that levels could increase by between half and one metre.

Activities such as charcoal burning, overgrazing, and developments that do not factor in the conservation agenda coupled with climate change, according to Matiku, are part of the challenges facing the delta.

According to Tana Delta Project Manager George Odera, there are already signs that coastal erosion is increasing at the mouth of River Tana along the beaches around Kipini. In the process of seawater intrusion, he says a lot of swelling in the ocean can push water upstream as far as 30km, affecting low-lying areas. This, in turn, affects productive farmlands.

“Part of the challenges currently being experienced in the Tana Delta is that floods are becoming more frequent especially within the floodplains. Seawater intrusion is another challenge where the ocean water increases, pushing back to the canals and into the farmlands.

Beach erosion has also become more rampant especially in areas around Kipini where multi-million investments have been destroyed," Odera said.

However, the Global Environment Facility through the United Nations Environment Programme has allocated funding towards restoration of the delta through a conservation project dubbed 'The Restoration Initiative'.

According to Matiku, the project aims at restoring critical areas within the delta through several initiatives including mainstreaming climate-smart agriculture to boost the livelihoods of locals and reduce over-dependence on resources within the delta.

“Part of the solution is mainstreaming climate-smart agriculture where farmers can be able to adapt to the changing climate to boost food production,” he says.

According to The Restoration Initiative, Tana Delta Project Coordinator Rudolf Makhanu said several areas targeting mangrove conservation, riverine forests and farmlands have been identified and activities including bee-keeping and chilli farming are already lined up.

“To reduce the dependency on charcoal burning and other activities that result in degradation of the delta, climate-smart agriculture initiatives including poultry and improving breeds of local goats has greatly enhanced conservation of the delta,” says Abdulahi Omar, the Tana River County director for Environment.

In areas like Idsowe in Tana Delta Sub-county, 133 farmers have started chilli farming.

“Charcoal burning, which was rampant before the introduction of chilli farming, has now reduced. The chillies also take a shorter period to mature, which is a great motivator for the farmers,” Milcah Amaro, the chairperson of Harakisha Women Group, adds.

“As farmers, we are also linked to agricultural extension officers who frequently visit and advice on weather patterns as well as disease surveillance. We have also been given the gala goat breed to improve on what we already have,” Kavazi notes.

In the lower delta in Ozi, Chara, and Mpeketoni where mangroves play a critical role in conserving the shorelines, the introduction of high-yielding rice and fish production is already taking shape.

For these reasons, BBI deserves our support

Change is not always bad, after all, the South African constitution has been amended 17 times since 1994.

By Stevens Muendo | 15 days ago

A banner year for film 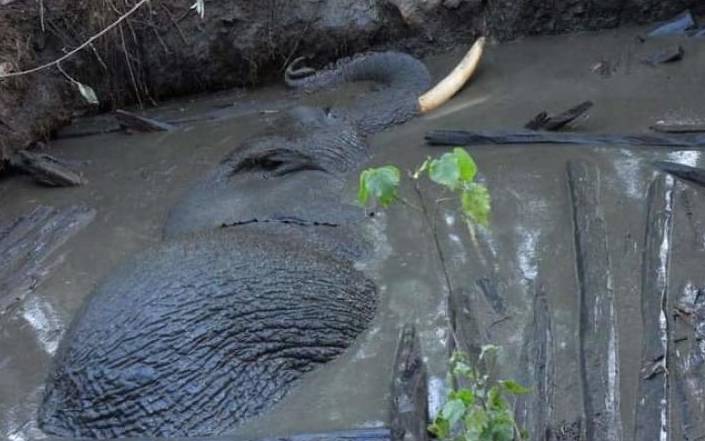 By Robert Kiplagat | 11 months ago