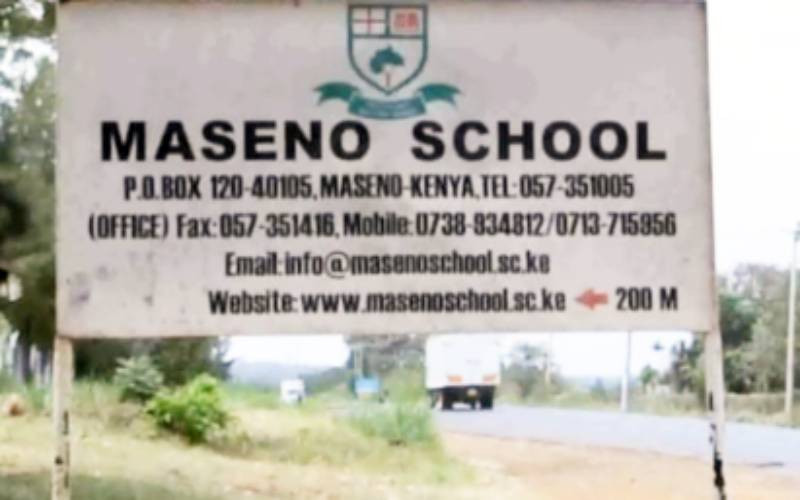 A Form Three student of Maseno School in Kisumu County died on Friday after falling from a dormitory.

The incident happened at 4am.

Nyanza Regional Director of Education Nelson Sifuna confirmed the incident to The Standard, saying investigations have been launched to establish the circumstances of the teenager’s death.

The boy fell from the second floor of a dormitory at the school, Sifuna said.

“We’ve received reports that the student left behind a suicide note. I have asked police to investigate the allegations,” added the regional education chief.

The boy’s body was taken to the Aga Khan Hospital morgue in Kisumu Town.

Family Bank to pay ex-employee Sh1.4m in mortgage dispute
Business
By Winfrey Owino
13 mins ago
IEBC commissioner Wanderi declines to file response on petitions seeking his ouster
Politics
By Edwin Nyarangi
21 mins ago
Premium Arati plans to spend Sh10m in his bid to rid Kisii of ghost workers
Nyanza
By Erick Abuga
25 mins ago
Premium Anne Nyaga: You needn't campaign or 'know people' to be CAS
FEATURES
By Gardy Chacha
30 mins ago
.