9 students to remain in custody over hate leaflets

By William Ruto | 1mo ago

Nine students who were arrested in connection with the circulation of hate leaflets through social media will remain in police custody for three more days to enable the police to conclude investigations.

Appearing before Eldoret law court Principal Magistrate Mogire Onkoba, the Investigating Officer (IO) Sophia Ibrahim told the court that more investigations into the matter needed to be done before the suspects can take plea.

Ibrahim told the court that the students spread the messages of incitement on a WhatsApp group.

The IO said the allegations were serious since the messages warned certain communities to leave Uasin Gishu County ahead of the general elections that come in barely seven days.

She further stated the investigations would establish the original authors of the circulated hate leaflets and determine whether more suspects were involved.

She also stated in her affidavit that the respondents were a flight risk as the investigating officer did not know their abodes.

She said the matter was of public interest and touched on the security of the State this election period.

The suspects had opposed their detainment on grounds that they were not to blame for spreading the controversial flyers. The suspects are being held at Langas Police Station in Eldoret. 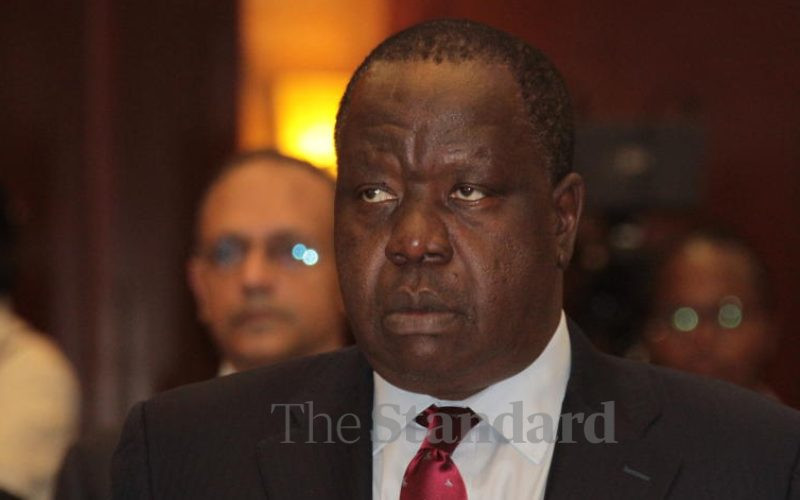 Take firm action against those threatening people in Rift Valley
The region is a melting pot of Kenya’s ethnic diversity. Who are these people who wish to totally reject the aspirations of Kenyans to share their diversity?
Opinion
By Harold Odhiambo
1 month ago
.

By Paul Ogemba 20 mins ago
Paul Gicheru, lawyer who went to Hague court to clear his conscience

By Dennis Kabaara 20 mins ago
Could Ruto lead charge in Africa to rescue much delayed SDGs?