MCAs eyeing MP seats in dilemma on when to quit

By Josphat Thiongó | 5mos ago

Confusion continues to deepen on whether MCAs seeking parliamentary seats in the August 9 elections are required to resign by today’s deadline.

This is after National Assembly Speaker Justin Muturi yesterday advised MCAs in his Democratic Party of Kenya (DPK) seeking MP positions to quit so as to avoid being disqualified on a technicality.

He was speaking during the party’s National Executive Council briefing in Nairobi, where he said MCAs seeking the positions of MP, governor or president might be locked out over failure to comply.

“I am just taking the liberty to advise the Democratic Party National Executive Council that under Article 99, Clause 2, Paragraph D of the Constitution, a sitting member of the County Assembly must resign six months to the election date, which is tomorrow, February 9 for the August 9 General Election,” said Muturi.

Article 99 of the Constitution states that a person is disqualified from being elected a member of Parliament if the person is a member of a county assembly.

This has only added to confusion given that there is a Court of Appeal ruling delivered yesterday which exempted the President, Deputy President, Senator, MP, and MCAs from resigning six months to the polls. It allowed the aforementioned to remain in office until the next occupants are sworn in.

The case was lodged in court after Julius Wainaina Kariuki sued IEBC and the Attorney General claiming the electoral body cannot disqualify public servants seeking public office on grounds that they did not resign six months prior to the polls.

The applicants argued that the provisions of section 43(5) and (6) of the Elections Act, 2011 were discriminatory.

Section 43(5) of the Elections act provides that a public officer who intends to contest for an elective position shall resign from public office at least six months before the date of the election.

The Court of Appeal ruled that the limitation of the right to equal treatment as set out in sections 43(5) and (6) of the Elections Act 2011 does not discriminate against State and/or public officers seeking to join elective politics and is therefore reasonable and justifiable.

Further compounding the confusion is a case involving Gatundu North MP Wanjiku Kibe where a petitioner filed a case in 2017 challenging her election.

Kungú Waibara wanted Wanjiku’s win nullified on grounds that she did not resign as Kiambu county MCA six months before she vied for the parliamentary seat.

Waibara won round one and round two of the case in the High Court and in the Court of Appeal respectively, but Kibe moved to the Supreme Court where the case is awaiting final determination.

Kinyua however observed that designated officers like the President, Deputy President, Senator, MP, and MCAs are exempted.

Constitutional lawyer Danstan Omari has a different opinion. “That argument went to court after the last General Election and the court found out that those who were MCAs and yet they contested for MP they contravened the law,” said Omari.

“For MCAs unfortunately they must resign. This is however a paradox because MPs are not executive members and according to law they will continue serving but MCAs will have to vacate office. This disadvantages them because they will be fighting for the positions of their bosses but while outside office,” he added. 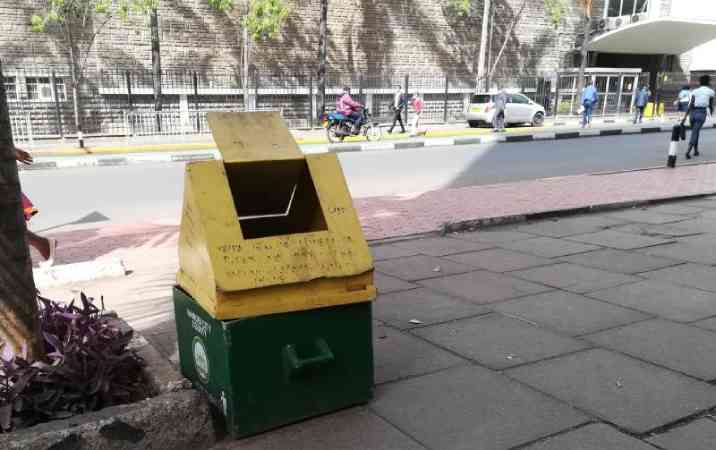 City litter bins too tiny, residents say
NEWS
By Pkemoi Ng'enoh
43 mins ago
Malkia Strikers have eyes set on the ball
Volleyball and Handball
By Ernest Ndunda
48 mins ago
Kenyans react to reports that Lewis Hamilton is in the country
Showbiz
By Standard Entertainment
1 hr ago
Premium It is mathematically impossible for Raila Odinga to lose the election
Opinion
By Kaburu Kinoti
1 hr ago
.