By Mike Kihaki | 1yr ago

Christmas services where the local choirs would lead with praises were not felt in many places this past season.

There was a time when the Christmas mood would set in with Muungano Choir’s Siku ya Mavuno, AIC Mwanza Town Choir’s Malaika Gabriel, Kuzaliwa by AIC Makongoro and Mwimbieni Bwana by Arusha Gospel Choir.

Choir competitions were popular across the region.

Each choir entered the performance arena with its own choice of song.

They would approach the masses and judges in unique uniforms and make a good impression of themselves as they glorified God.

Hymns, either in unison or four-part, that came with the missionaries from Europe were an integral part of the church service.

The bigger influence began with the advent of radio when audiences would listen to popular songs that incorporated instruments.

The guitars became the instruments of preference because of what was also happening at the time in the secular world.

Two guitars were the signature instruments: One for melody and the other one for bass.

Original songs were always used to relay the biblical teachings since education had not taken root in the society and the creative choral pieces, their content notwithstanding, played a big role.

It was made up of singers from different ethnic groups, some of whom had played in secular bands.

Through the lead choir director Isaya Shimekha, the talent of gospel artiste Mary Atieno Ominde was put to the test.

Friends Church-Kariokor Choir (which later became the Kariokor Nyayo Choir) was founded in 1977 by Dr Arthur Mudogo Kemoli, a lecturer at the University of Nairobi.

In 1980, they performed at the inaugural Vihiga Cultural Festival.

Gospel hits such as Wamuvamba and Mbinguni Kuna Raha spiced up the renditions which were in a class of their own.

The infectious rhythms, the swaying figures, the quality voices and their joy of singing captivated audiences during their tours abroad.

What even professionals would only dream of achieving, the Friends Church Kariokor choir managed with ease.

Some of the members later joined the Muungano National Choir.

The church, under Hassan Jumba, has invested heavily in the choir and it continues to flourish under the tutelage of Evans Ngadi and Mike Anyenda.

The St Stephens Cathedral on the other hand boasts of an outstanding choir founded by the late Prof George Senoga Zake in 1956.

Prof Zake, one of the five Kenyans who composed the national anthem, used musical liturgy steeped in Anglican Church, but fused with African tunes and dance to change traditional worship music to gospel.

In 1978, when President Mzee Jomo Kenyatta died, the choir was in the national limelight.

Dr Darius Mbela, with Chris Shikuku, composed seminal tunes that were played during the funeral service.

Since then, St Stephens Church Choir has been a big voice in the industry.

Muungano National Choir and Kayamba Africa trace their roots from the choir which is currently under Daniel Madalanga.

The Kariobangi Holy Trinity Catholic Church Choir was established in 1972 by Peter Mutisya, but found its standing in the 1980s when it started participating in choral festivals under Jorum Odhiambo and Samuel Mak’Okeyo.

Mak’Okeyo was the principal composer and arranger at the Holy Trinity Catholic Church Choir for many years and nurtured many raw talents.

He also contributed greatly to the growth of music within the church through liturgical compositions.

The choir used to receive many accolades at the Kenya Music Festival, the interdenominational Christian Choirs and the Catholic Choirs festivals because of its unique choral style, catchy compositions and arrangements of folk tunes.

After the death of Mak’Okeyo in 2004, the choir continued to excel under the stewardship of Silvester Otieno, a composer, arranger and adjudicator in the Kenya Music Festivals.

When talking about the best gospel music in Kenya, Emali Town Choir comes to mind.

It was formed in 1990 and its members were from different churches around Emali town.

The choir composed popular hits such as Umevalia Ngozi ya Kondoo, Pale Kale Jerusalemu, Nyumba ya Baba Yangu, among others.

In Tanzania, gospel music was like culture from childhood to old age.

In the 90s, people would play gospel songs notably by AIC Makongoro choir, Mwanza Town and Arusha Town choirs to the point one would think God lives in Tanzania.

Tanzania had established Swahili singers, and since the language is spoken in the region, its choirs gained prominence.

One of the earliest choirs in the region was Mwanza Town Choir which was formed in 1958 by top musicians from different churches.

It was formed to celebrate the Silver Jubilee of the African Inland Church.

They started as Acappella, singing without instruments, but later adopted the popular style of Congo music.

The group became popular in the region and their album, Raheli na Yakobo made it known beyond East Africa. 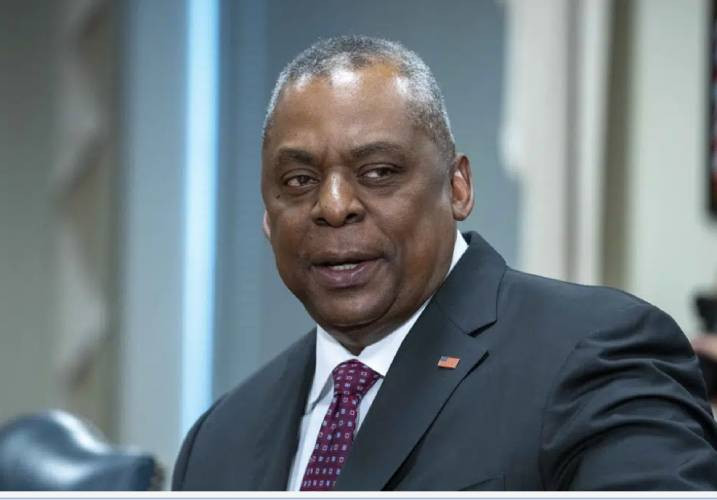 By Peter Kimani 36 mins ago
Premium Raila of old returns to Kamukunji, and he's singing a not-so-new song of redemption