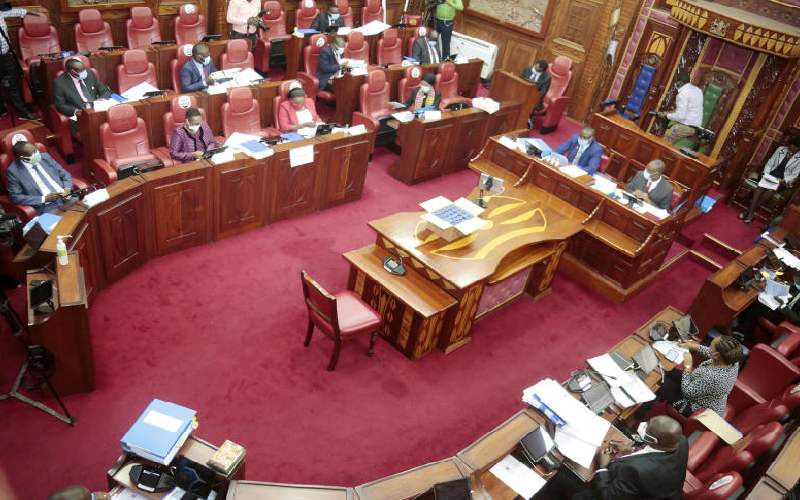 The Senate today voted to adjourn the County Revenue Allocation formulae debate once again to allow members more time to consult on the matter making it the seventh time the debate has been postponed.

The adjournment motion by Elgeyo Marakwet Senator Kipchumba Murkomen pursuant to Senate Standing Order 105, sought adjournment of the debate on the motion for the Approval of the Third Basis for Revenue Allocation among counties.

"Adjourning the motion will create room for further consultation on the matter," said Murkomen.

Siaya Senator James Orengo and his Bungoma counterpart Moses Wetangula, however, urged the Senate to speed up the consultations in order to resume the motion as soon as possible.

“I am happy that the battle has come to an end and the 47 counties are now negotiating to find the way forward,” he said.

“Each county is unique and must be treated differently,” he added.

Narok Senator Ledama said the postponement could help some of the senators that have been accused of conspiring to defeat the one man, one shilling one vote formula.

“I know my colleagues are being harassed for nothing and the adjournment will help us deal with the matter,” he said.

He urged the Senate to look into the numerous amendments which have been proposed by other senators on the same so that in the next debate, there will consensus.

“We have numerous amendments which need sober debate so that we can move forward as a Senate.”

Nandi Senator Samson Cherargei accused his colleagues of failing to agree and vote on the formula, adding that no consensus will be achieved after the postponement.

“It is unfortunate for a whole Senate to fail for the seventh time and nothing will change even after this adjournment,” he said.

This morning, there were claims that some senators were accepting bribes to pass the controversial formula to the chagrin of their colleagues.

Olekina tweeted: “It will be suicidal for any Senator to accept a bribe of Sh5 million to fuel the division of Kenya due to the revenue share discourse! May your family never have peace if you accept a bribe to divide Kenya!”

The voting to pass the Revenue Bill comes after a sixth stab to have the bill passed collapsed on July 27 after some senators rejected the proposed third basis formula.

In the report prepared by the Finance and Budget Committee, the formula recommended by the Commission on Revenue Allocation (CRA) will see 29 counties gain in financial allocation while 18 will lose.

The formula, based on population, stipulates that populous counties will have more funds allocated to them as opposed to the less populous ones.

Senate Majority Whip Irungu Kangata has been on the forefront leading senators who support the passage of third-generation formula, arguing that counties which will experience decline in revenue will be compensated by the Equalization Fund.

While defending his stand, Sakaja argued that no county ought to lose even a shilling that devolution would be dealt a huge blow should the formula be passed.

“The basic principle that we all agree upon as a Senate is that no county should lose a shilling of its allocation and Mr Speaker the formulae then kicks in once we’ve devolved enough money to go to the counties,” said Sakaja on July 28.

While Murkomen has barely been vocal over the issue, Kindiki has accused Kang’ata of using the issue to intimidate Jubilee members seen to be voicing a contrary and independent opinion. 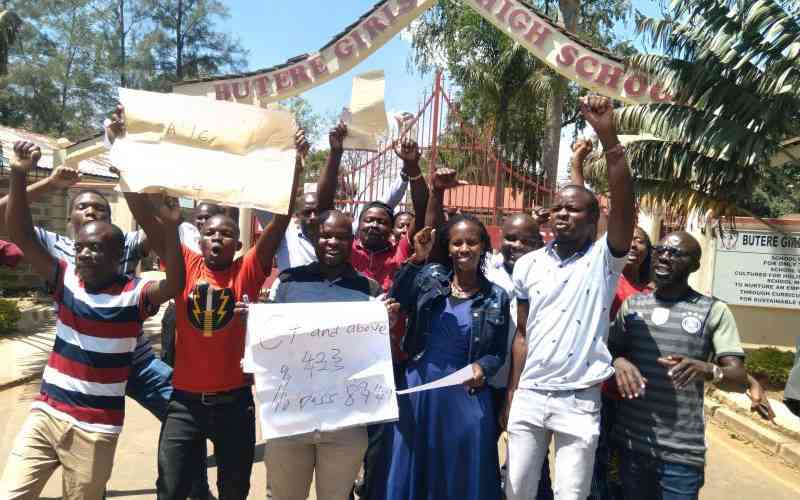 By Peter Kimani 7 mins ago
Premium Raila of old returns to Kamukunji, and he's singing a not-so-new song of redemption

By Michael Ndonye 1 hr ago
Premium How Raila Odinga's brilliant strategy works against him eventually
.