Kenya
Election of deputy president to the Steering Committee of OGP will enable Kenya showcase its approaches on open governance to the world. 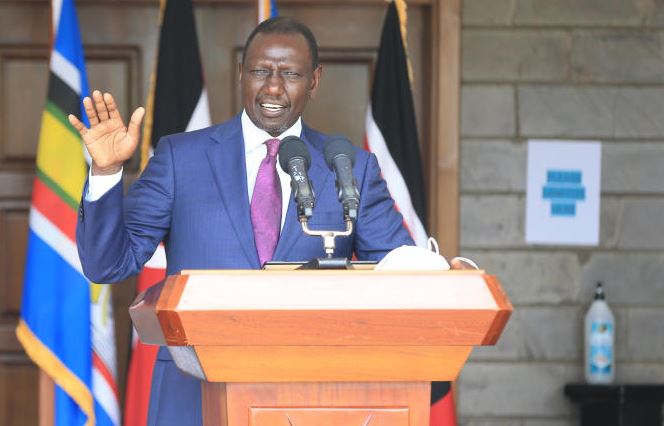 Deputy President William Ruto (above) has been elected to represent Kenya and the continent in a global governance body for three years. Ruto was last Monday elected to serve in the Steering Committee of the Open Government Partnership, a leading platform that brings together government leaders and civil society advocates to promote accountable, responsive and inclusive governance through civic participation, access to public information and leveraging on technology and innovation. The Washington-based initiative was founded in 2011 under the leadership of former US President Barack Obama, and Kenya is a member since inception.

The Open Government Partnership (OGP) has grown to 78 countries and 20 local governments, representing more than two billion people, along with thousands of civil society organisations. It’s a multilateral initiative that aims to secure concrete commitments from national and sub-national governments to promote open government, empower citizens, fight corruption, and harness new technologies to strengthen governance. Four candidates - Canada, Italy, Kenya and the UK - stood for election and voting was concluded on May 25, with 82 per cent of eligible OGP governments participating in the election. As in previous years, the election was done through a system where voters ranked candidates by preference. The top-ranked candidate received four points, which Kenya scored. “We are pleased to announce that the governments of Canada, Italy and Kenya have been elected by their peers to three-year terms on the OGP Steering Committee beginning on October 1,” the OGP website reads.

The election of Ruto to the Steering Committee of OGP will enable Kenya to showcase its innovative menu of approaches on open governance to the world. It is in line with President Uhuru Kenyatta’s Executive Order No 2 of 2018 directing all government departments to actively release information on procurement of public works and services to the public. “Kenya also stands to benefit as this leadership gives the country the platform needed to promote OGP principles of transparency, civic participation and use of technology beyond the current 13 members of OGP on the continent,” said Dr Korir Sing’oei a Legal Adviser at the deputy president’s office. Wider membership  He added that OGP has also opened Kenya’s membership to sub-national units.