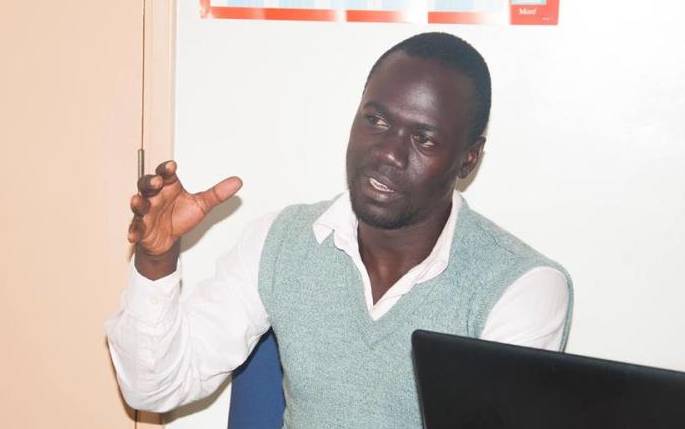 Standard Group business reporter Dominic Omondi (pictured) has scooped a prestigious award after highlighting the grim fate of medical insurers who suffer at the hands of crafty medical providers.

Dubbed ''The Future Talent Award'', and sponsored by the Continental Reinsurance; the award acknowledges Mr Omondi’s exemplary work in the piece that unearthed the rot in the medical sector. In the news report, Omondi covered how medical insurance companies are making losses for footing medical bills exaggerated by the hospitals. He will be over Sh200,000 richer after being honoured. His award-winning piece is an article titled “How doctors are dragging medical insurers to early grave” which was published on February 12, 2019.

Another incentive that comes along with the award is the mentorship in reinsurance reporting that the company has pledged for him and the second-placed reporter. The award replaces the existing Pan-African Reinsurance Journalist of the Year Award.

Speaking during the virtual award ceremony, Continental Reinsurance CEO Dr Femi Oyetunji said that the awards journalists who excel in reinsurance reporting and will play a role in shaping their skills.

‘‘We hope that these awards inspire you to cover issues related to re/insurance and improve the overall quality of reporting,” he noted.

“We will continue to support and build capacity for journalists so they can contribute to the development of the re/insurance industry in Africa.’’

In other categories, Uganda’s Isaac Khisa who works for the Independent won the best Reinsurance print article English category for his article titled ‘‘Across Sub-Saharan Africa, tech-enabled micro-insurance is the next big thing” .

Wandayi alleges 'stamp gate' scandal at KRA
Business
By Mate Tongola
1 hr ago
Tiger on the loose in South Africa successfully captured
News
By AP
1 hr ago
Parenting dilemma: Adult children who won't move out
Lifestyle
By Peter Muiruri
2 hrs ago
Man stealing panties: What you need to understand about fetishes
Living
By Eve Waruingi
2 hrs ago
.