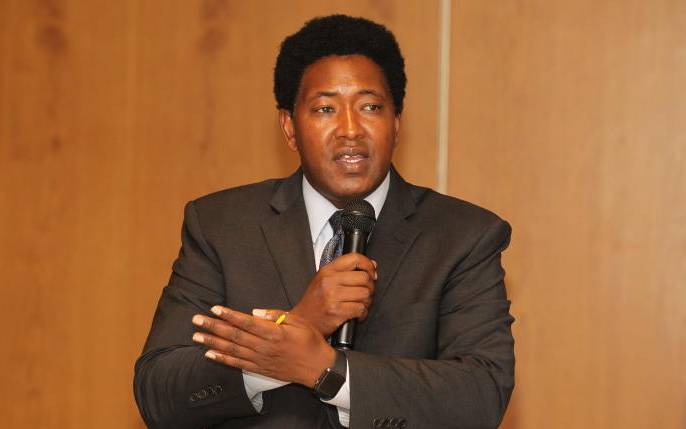 Narok Senator Ledama Olekina (pictured) has made peace with ODM after holding a meeting with party boss Raila Odinga at Capitol Hill, in Nairobi. Mr Odinga posted on his Facebook page confirming the deal between the party and the legislator. “Narok Senator Ledama ole Kina has this morning agreed to withdraw the case he had filed against ODM over the Senate Public Accounts Committee chairmanship, surrendered the seat and apologised. In return, I’ve instructed the party to reverse the decision to de-whip the Senator".

If the outcome of the meeting is anything to go by, Senator Olekina will now relinquish the Chairperson of Public Accounts and Investment Committee position that he was on a warpath against the party to salvage. It remains a guess on who the party will front to occupy the position after the tussle. The development comes after Justice Weldon Korir of the High Court temporarily stopped Olekina's removal from the position on May 11, after his party challenged his election. Justice Korir ruled that unless he issues orders, the petition may be overtaken by events. The ruling came days after Senate Minority Leader James Orengo tabled a notice May 6, 2020, disapproving Olekina election as the CPAIC chairperson. The Siaya Senator also wrote to the Senate Speaker Kenneth Lusaka notifying him of party’s intention to de-whip Narok legislator apart from ousting him as the committee chairperson. Orengo’s notice read: “In accordance with the Senate Standing Order 190, I hereby give notice of the discharge and removal of Senator Ledama Ole Kina from the County Public Accounts and Investment Committee and the Senate Business Committee.” The fight for the chairmanship of the Senate committee was a three-horse race between Senator Olekina and his Kisii and Migori counterparts Prof Sam Ongeri and Ochillo Ayacko respectively.

Olekina told KTN News on May 7 that he won the election with 14 votes and got the blessing of his competitors, Prof Ongeri and Mr Ayacko who stepped down for unknown reasons. He said that it was after his declaration as the winner that things turned south. The lawmaker accused Orengo of meddling in the elections and trying to arm-twist him to step down contrary to his wishes. Olekina lashed at Orengo for accusing him of betraying the party-a situation he said was not true because they did not have a deal on who to be picked for the position. “When someone who was not part of elections came to dispute that election, it really saddened me,” he said. He refuted claims that he was joining Tangatanga faction of Jubilee which is allied to Deputy President William Ruto. Olekina said that he reached out to legislators drawn from other parties to get the votes but that did not change his party affiliation.  “I, Linturi and Wamatangi served in the past committee and they knew how capable I was in analysing reports from the Auditor General,” he told KTN News.

He would then make an appeal to his party leader to return the favour by standing by him to secure the senate post. “When he said his election was stolen, I supported him and I believed that now I have to call upon my party leader and tell him that my election is being stolen. Let me not follow suit, support me for the future of this nation,” he said, while being interviewed by K24 TV.