Coronavirus curve yet to flatten as national tally hits 887 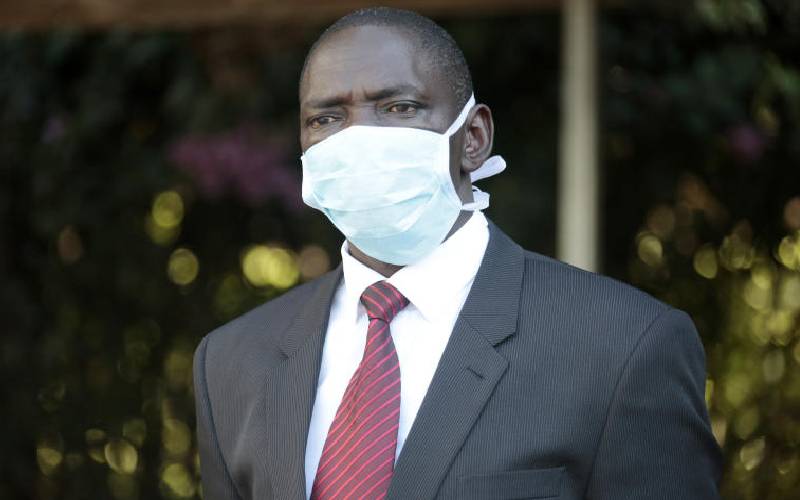 Kenya has confirmed 57 more coronavirus cases, the highest ever reported in a day in the country. In a statement to newsrooms on Sunday, Government spokesperson Col (Rtd) Cyrus Oguna (pictured) said the 34 men and 23 women now push the national tally to 887. The number, almost hitting the 1,000 mark, raises questions on what further action the national government will take to stop the infections.

The cases are spread across Mombasa (35), Nairobi (17), Kajiado (three), Kwale (one) and Kituii (one). The disease has so far claimed 50 lives as the number of recoveries stands at 313. On Saturday President Uhuru Kenyatta extended the curfew and lockdown in designated counties, much to the disappointment of many Kenyans who hoped the restrictions would be lifted. More stringent measures such as the closure of the Somalia and Tanzania borders were added. Counties especially at the borders have been listed as risk areas, perhaps informing the decision to lock the borders.

Mombasa has been on the spotlight for increased cases, compared to Nairobi. The county majorly inhabited by Muslims, has encountered challenges in managing the infections curve, especially during the holy month of Ramadhan. Governor Hassan Joho has in the past criticised residents who pay little attention to the containment measures set in place to reduce covid-19 spread. Some of the measures ignored by the residents include sneaking into mosques, which administrators denied. Being the month of Ramadhan, many would prefer to be allowed to pray together but the mosques, like all places of worship, have been closed.

Another weak link in the effort to stop coronavirus spread in the country has been truck drivers. So far they are required to obtain health clearance certificates from the area of origin. However, most criticise this order, saying it takes a long time, a luxury they do not have in their line of business. In his statement, Col (Rtd) Oguna said 12 of the positive cases were Tanzanian truck drivers at the Lunga Lunga and Taveta borders. They were referred back to Tanzania. He further thanked Kenyans who have continued to observe the guidelines set in place to stop the spread of the disease. Col (Rtd) Oguna said, "Today's figures show the disease is still within our midst and the infection curve is yet to flatten."