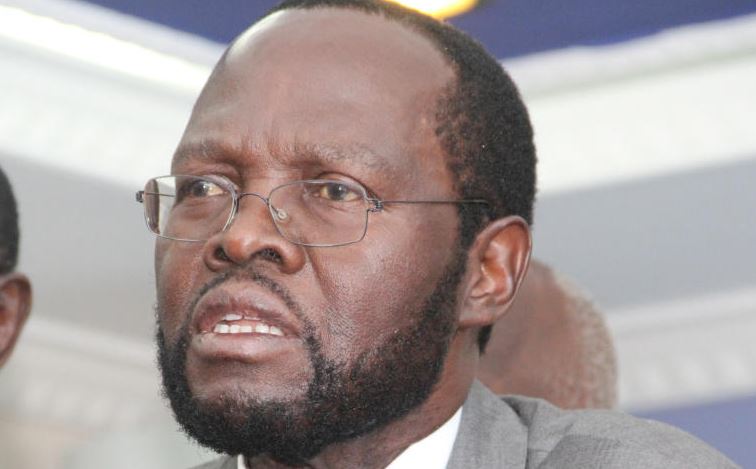 The County Government of Kisumu has cancelled and re-tendered the Sh40 million for the construction of the governor’s new official residence.  Governor Anyang Nyong'o’s (above) administration had placed an advert in the local dailies last week seeking for qualified contractors to build him the residence this financial year. But the County authorities cancelled the tender again even after submissions were made on grounds that those who applied did not meet the set qualification threshold. Some of the contractors who applied for the jobs, decried the tender cancellation. They claimed that the County had not yet returned for them the tendered bid bonds. The bids were attached during application for the construction job even as the procurement officials shied from comment referring us to the Governor's spokesperson. Some wondered why they were not qualified yet they had National Construction Authority, (NCA), certificates that allows them to do over Sh1 billion jobs. They suspected foul play in the re-advertisement and asked the Procurement officials to state why they had to re-advertise the job and to publish the list of applicants annulled. On Wednesday, the Governor's Communication Director Alloyce Ager disclosed that they had re- tendered for the bids a fresh. Sources at the County Authorities also disclosed that some contractors had prior history of poor workmanship in the past and so the Authorities feared giving them jobs. But this theory was dismissed by some of the contractors who claimed that may be the authorities had interests and targeted particular firms that didn't meet the set threshold. This they alleged could have led to the repeat of the tendering process. According to the Salaries and Remuneration Commission (SRC), revised circular, 2019, Prof Nyong'o like others are entitled to Sh250,000 house allowance per month. The County had called for bids to build the governor a house this fiscal year. Currently, he has been operating from his home in Seme or staying in rented premise in the town. He approved plans to build for him and the Deputy governor Dr Mathews Owili official residences at a cost of Sh70 million. Deputy's House will take Sh30 million. The governor’s residence will cost Sh40 million, the amount being six times less than the initial Sh250 million earmarked for the project in 2018, until it was revised and capped. The governor’s residence funds have been factored in this year’s budget. According to the governor, the two residences will be erected on land recovered from the grabbers. “The premises will be put up on county government land. We will not purchase land for this,” said Prof Nyong’o. “We expect to boost the land bank by further acquisitions, including of illegally allotted parcels of land,” he said. Owili has been having rental tiffs in the past with his LandLord. Last year, he was saved from eviction over Sh1.4 million accumulated rent arrears for 14 months by his Land Lord in which he blamed the Finance Executive. This was after his landlord, United Millers, issued him with a notice, saying he would not renew his tenancy agreement if the debt was not cleared. This forced the County to pay. Owili recalled how he learnt of his impending eviction with shock and wondered why his Milimani apartment rent arrears had not been offset by the county’s finance department. A circular by SRC last year advised the counties to put up official residences for their governors and deputy governors by June 30 last year, but extended this to 2022 If the residence is not built, the County top executives will continue to enjoy their house perks till 2022.