Slaying graft is difficult but not impossible task 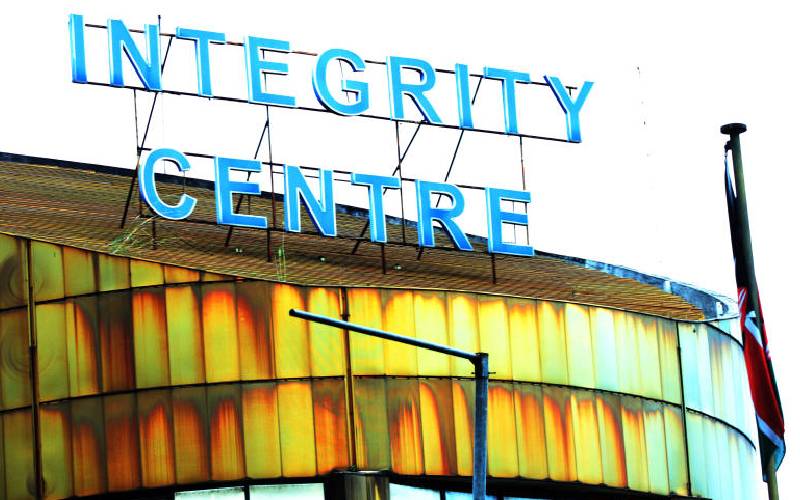 This is what you call a crisis of faith, friends. A period of intense doubt and internal conflict about the confidence that we once had in our leadership, and the institutions that were created by what some still refer to as one of the ‘most progressive constitutions in the world’. If that’s the case, then that supreme text only looks good on paper. And that is what you call a crisis of implementation. We have a slew of fancy offices, commissions and State agencies that together have been unable to slay the biggest dragon of our time: Grand corruption. To be fair, dealing with corruption ‘head-on’, like so many leaders have promised, is not as easy as it sounds. In fact, if we are to go by the number of times any leader has succeeded in eliminating graft completely, then dealing with the thing head-on is impossible.

See, corruption is a clever demon that has wrapped itself around our spinal cord, affecting all our nerves and impulses. As soon as sums of money are involved – be it Sh1 million to build classrooms for children or billions to build water dams to improve agriculture – the demon fires off neurons to elicit a thieving or exploitative response. As a nation, we have become comfortable with this demon. We know this demon. It is now a familiar spirit that we have allowed to entangle with the very fibre of our being. Exorcising this demon is not a public relations exercise. Press conferences filled with sweet nothings will not work. Collective intention If you are from the Christian tradition, you would agree that this kind goeth not out but by prayer and fasting. To translate from ‘Christianese’, this demon will not release us from its stranglehold without a clear and collective intention to excise it from our psyche, for good and forever. We have to start with the intention, and then take a step of faith, which simply put, means doing the next right thing.

It means having the common sense, and uncommon empathy, not to misappropriate public funds in the time of corona. Funds that if used prudently could literally save lives. It means sending food to Kenyans who are going without even one meal a day, instead of flowers to Britons who have free healthcare. It means overlooking personal greed and ambition in favour of the greatest good. It means being a human being, and not demon-possessed gluttons. And yet being human is a condition that has the capacity for the greatest good, and the purest evil. To paraphrase Maya Angelou; the brute, the bigot and the batterer, the thief, the glutton, and the ruthlessly ambitious, are all children of God. Or if you’d rather, mortal souls dependent on the provisions of Mother Nature, whether they know it or not. And as fellow humans, we are supposed to treat them as such. All capable She quotes Terence, a Roman playwright of African descent who wrote this in one of his plays: “I am human, and think nothing human alien to me.” Meaning we are all capable of the best, and of the worst.

No human should ever say the words, ‘I could never do that’ because we are all capable. Which is where intent comes into the picture. As Ms Angelou so eloquently put it, you must intend to use your energies constructively, not destructively. Dare to be bigger, she said, than the condition into which you were born. Dare to take a stand against a system that was engineered to steal from the poor to benefit the rich. Dare to take a stand against institutionalised poverty. Dare to take a stand against a framework that glorifies money, power, and extreme exploitation. Dare to place value on whatever it is you have in your hand at any given moment, and to use it to make an impact. As I say, we have a crisis of faith in the people we allowed into positions of leadership. And as a nation, we all have a big corruption problem.

This problem has led to a persistent crisis of implementation. Money doesn’t translate into value for the people. That wily demon called corruption is bloated on shillings and nonsense, while a nation without boots tries to pull itself up by the boot straps. It’s a dark, dire, and depressing situation. But the good news is that it is not irredeemable. We can topple Mammon and its minions from the throne. All we have to do is the next right thing. Ms Masiga is Peace and Security editor, The Conversation