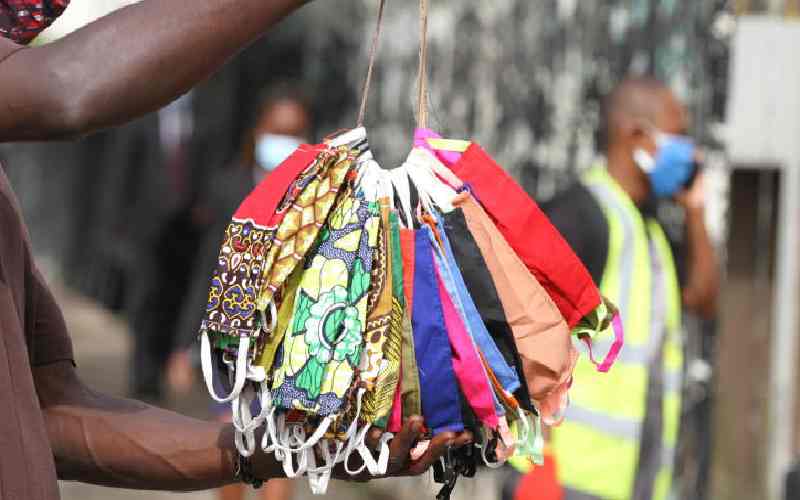 A 21-year-old man has been confirmed dead after he fell into a pond in the outskirts of Kambu market, Makueni county.
He was escaping police who wanted to arrest him for not wearing a mask.
A source, who is also a boda boda operator, said the police were carrying out an operation at the market and on the old Mombasa-Nairobi highway.
"The police who were not in face masks too were in an operation. The man ran into the pond full of water and efforts to rescue him were futile," he said.
Police on patrol were confronted by the residents, who criticised them for punishing residents for not wearing masks when they themselves didn't have them on.
The officers had to seek reinforcement from Mtito-Andei after the residents became defiant.
Ministry of Health guidelines require all in public places to wear face masks and maintain social distancing to reduce coronavirus spread.
Kibwezi sub-county police commander Ben Chagulo did not pick calls, but residents said police only visited the scene after they received a call informing them of a suspected drowning.
The 9ft-deep pond owner reported the incident to officers on patrol.
The owner added that police visited the farm located 100m off the road and retrieved the body.
The police report did not indicate if the body was handed over to the family or was taken to the Makindu Sub-county Hospital morgue.