Rift Valley
Sitonik said they received a tip from the residents before the authorities took action. 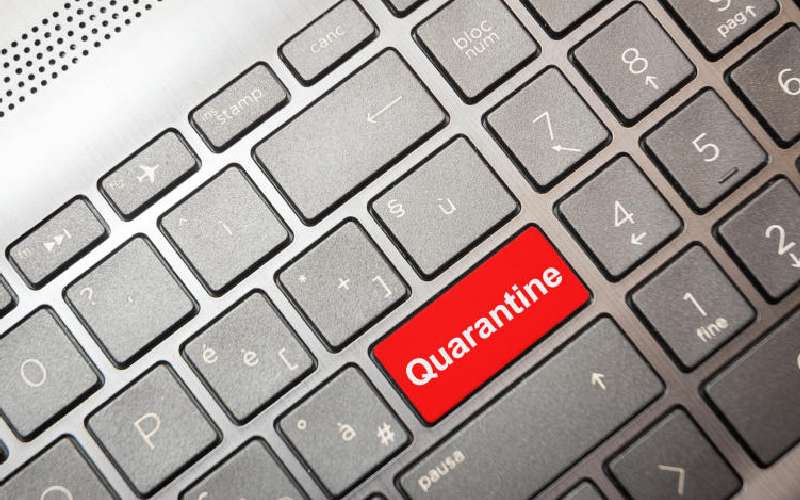 A security guard and six members of his family have been put into forced quarantine at their home in Chepalungu, Bomet county.
The guard travelled on Monday night from Nairobi where he was guarding an isolation centre where Kenyans who recently flew into the country are being quarantined.
The 43-year-old, according to Health executive Joseph Sitonik, sought leave from work and travelled to the county.
Sitonik said they received a tip from the residents before the authorities took action.
He added that they are also tracing other people who travelled with the guard in the same vehicle.
The county Health minister said it is unfortunate that he disregarded directives and travelled upcountry.
“Our surveillance teams are monitoring him and frequently checking his temperature."
Sitonik said if the guard shows coronavirus symptoms he will be taken into an isolation centre at Longisa.
Corona surveillance teams are currently monitoring two people closely.
One of them is a Kenyatta National Hospital doctor and his family.
Sitonik said the doctor was following the directive keenly and frequently updating the teams.
The executive at the same time said the county has set up testing centres at border post within the county.
The move is part of Bomet's measures to ensure those entering and leaving the county are not sick.
Health and security teams have been dispersed to four border points.
Sitonik said they took the step after neighbouring Kisii recorded its first positive case.
"It is now closer home and we would not want to take chances."