Body of Kenyan who drowned in Uganda found

Western
Wafula drowned in the river on November 25, 2019, when his boat capsized 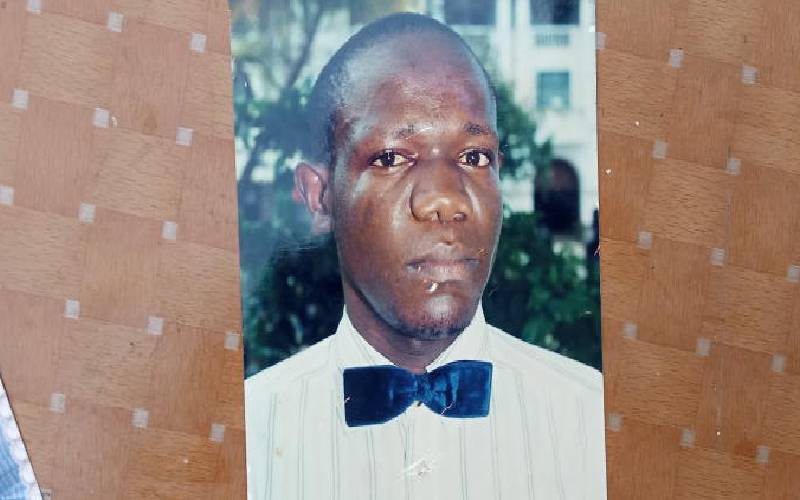 A family in Busia has finally found the remains of their kin who died in a boat accident in Uganda three months ago. DNA tests have confirmed that a skeleton recovered a fortnight ago from River Aswa in Uganda is what remained of Joseph Wafula (pictured). Wafula drowned in the river on November 25, 2019, when his boat capsized. Of the four people who were on the boat, two survived.

The body of the second person, a Ugandan, was recovered two days after the incident. Wafula, who worked for Standard Global Services in Kenya as an environmental expert, was in Uganda on assignment. Documents from the police in Uganda show he had been contracted by Aswa Hydro Power Project in Pader District to collect water samples from River Aswa for analysis before his death. His family, together with Ugandan divers, searched the body for three months but did not find it. Two weeks ago, Wafula's relatives received a call from Uganda that a skeleton had been found more than five kilometres from the point where the boat capsized.

His father, Alphonse Wafula, travelled to Gulu in Uganda and requested for tests on the skeleton to determine if it was his son's. The tests turned out positive and Wafula's remains have since been brought to Busia, awaiting burial this Saturday, ending three months of agony for the family. “The past three months have been a nightmare to us, but at least we have found his remains," said his father.

Wetang’ula brother buried, family rules out Covid-19 as cause of death