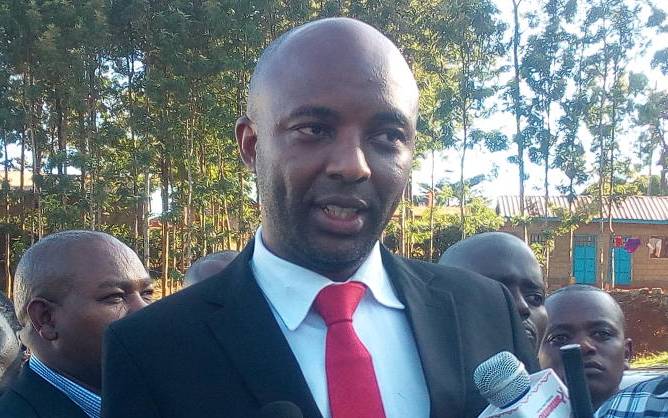 Murang’a Senator Irungu Kang'ata has urged his fellow lawmakers to set an example by sending Kiambu Governor Ferdinand Waititu home over graft should he be found guilty of the offences. The Senate will debate the impeachment motion against Governor Waititu today. Yesterday, Kang'ata  (pictured) called on his colleagues to set an example by axing at least one governor to send a warning. He tweeted: “Our counties have been looted left, right and centre. At least one chief executive of a county needs to go home to send the right message.”

SEE ALSO: Uhuru and Raila dig in to quell stand-off over counties’ cash

“Senate needs to support HE efforts of fighting corruption. Tomorrow at the Senate's proceedings for Kiambu County- maybe this is it.”

Our counties have been looted left, right and center. Atleast one chief executive of a county needs to go home to send the right message. Senate needs to support HE efforts of fighting corruption. Tomorrow at the Senate's proceedings for Kiambu County- may be this is it!

On January 21, the Senators were divided as they failed to establish an 11-member special committee to discuss the ouster of Kiambu governor. Instead, the House settled for a plenary to discuss the motion and come up with the verdict. During the voting, which involved 44 members of the Senate, 28 members voted in favour of the plenary as the other 16 voted for the special committee. Politics took centre stage when Kakamega Senator Cleopas Malala, who had been picked alongside Nakuru’s Susan Kihika to head the committee, ironically voted in favour of the whole plenary. Efforts by the Tangatanga faction to root for the special committee ended fruitlessly as the house adopted plenary, which was favoured by ODM legislators and Kieleweke Jubilee wing.

Senate Speaker Kenneth Lusaka last week defended House’s delay to debate the motion terming in unprecedented.  “The impeachment took place when the house was on recess and it was not foreseen. And for the speaker to convene a special sitting, I need to get the communication from the leader of the minority and the leader of the majority and 15 Senators because that is our quorum,” he told KTN News. Lusaka added that in the plenary route, members are expected to vote and clear the matter. Governor Waititu was ousted on December 19, 2019, after 63 Members of the County Assembly voted in favour of his removal, 28 failed to turn up for the session and one voted against the impeachment motion. The impeachment motion was tabled by Ndenderu MCA Solomon Kinuthia who accused the governor of engaging in corrupt dealings, abuse of office and gross misconduct.

The governor was accused of violating the public procurement rules and conflict of interest after it emerged that tenders in the county were awarded to companies owned by relatives. He was also accused of breaching the county procedures by hiring casual workers without the involvement of the County Service Board.