Pressure mounts on Mudavadi, Wetang’ula to merge their parties

Politics
According to Bunyasi who was elected on ANC, Mudavadi and Wetang’ula are the Luhya political kingpins and no politician from western will topple them. 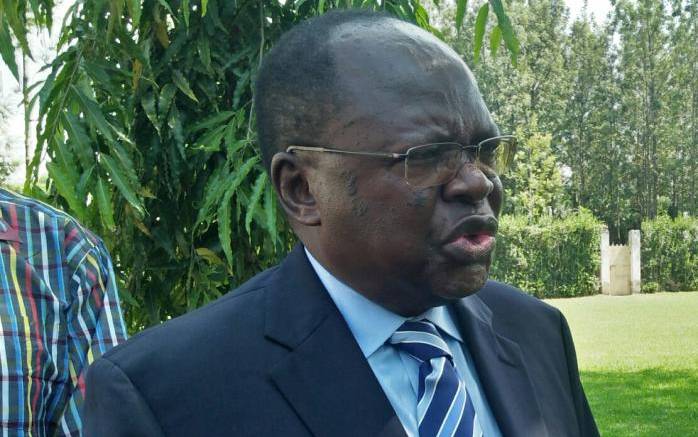 A proposal for a merger of Ford Kenya and Amani National Congress into one solid outfit has received the backing of Western region Parliamentary Caucus. The caucus through its chairman Sakwa Bunyasi said there was a need for the Western region to have one political outfit which politicians from Western can use to seek elective posts. Bunyasi (pictured) who is also Nambale Constituency legislator observed that the committee that was constituted to work on the dissolution of Wetang’ula’s Ford Kenya and Musalia’s Amani National Congress should be allowed to proceed.

Central Organization of Trade Union (Cotu) Secretary-General Francis Atwoli during Building Bridges Initiative function in Bukhungu recently challenged Bungoma Senator Moses Wetang’ula, and Musalia Mudavadi to collapse their parties and form one political entity. “It is possible to have one political party in the Western region because it has worked elsewhere, therefore, we must work towards that before the next general elections,” said Bunyasi. According to Bunyasi who was elected on ANC, Mudavadi and Wetang’ula are the Luhya political kingpins and no politician from western will topple them. He castigated some young ANC parliamentarians like Kakamega Senator Cleophas Malala and nominated lawmaker Geoffrey Osotsi who have been rebelling against their party leader Musalia Mudavadi. “If a party trusts you with its certificate and you end up disrespecting your party leader, do you expect next time to be given the same certificate?” posed Bunyasi.

Bunyasi asserted the caucus supports Building Bridges Initiative but warned politicians against politicising it. He wants leaders from regions that will be hosting BBI rallies be allowed to speak about the issues affecting them and propose for solutions. " We do not want to see some people denied the chance to speak because they are perceived to be allied to someone or a party, " said Bunyasi