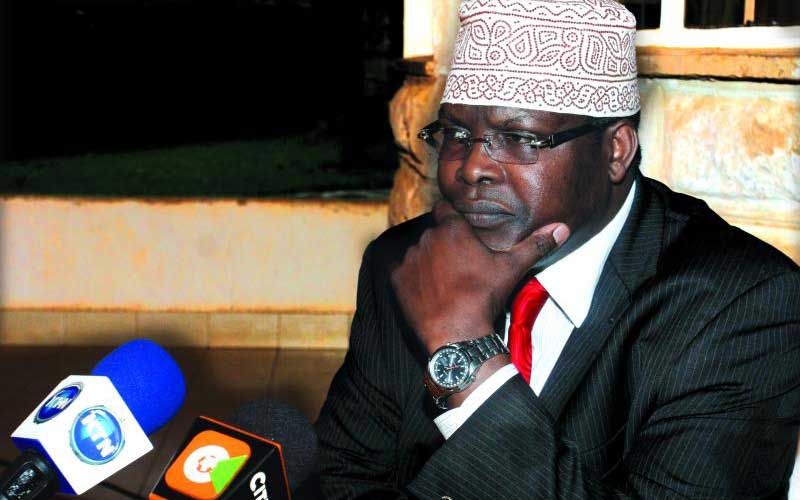 Miguna Miguna (pictured) has filed an application at Milimani High Court in Nairobi, seeking orders to restrain the State from interfering with his return to Kenya.

Through lawyer John Khaminwa, Miguna wants the State to comply with the orders issued by Justice Chacha Mwita on December 14, 2018.

Miguna says his application is urgent because he wants to come back to Kenya on January 7. “We pray that the honourable court be pleased to certify this application as urgent and hears it on a priority basis and during the court’s Christmas recess,” Khaminwa said.

The lawyer is seeking an order compelling the State to facilitate entry of Miguna into Kenya on January 7, or any other date on the basis of his identification through his national identity card, or his Kenyan passport in the form and State it was delivered to the High Court Registry pursuant to the court order.

Miguna also wants the Registrar or the High Court or her agent to release to his lawyers or an authorised officer of the Kenya National Commission on Human Rights the copy of his Kenya Passport No. A116842 under the custody of the court for the use by Immigration officers in his identification as a citizen of Kenya at the airport.

Kenyatta University Vice Chancellor sacked
Education
By Nathan Ochunge
25 mins ago
Glitz and glam at Bomas of Kenya as nation waits the fifth
News
By Fay Ngina
56 mins ago
All eyes on IEBC as presidential results announcement time moved
National
By Mate Tongola
2 hrs ago
Why you should not feed rotten grains to cows
Livestock
By Dr Joseph Othieno
2 hrs ago
.

By Standard Team 8 hrs ago
Out with the old, in with the new: Rift Valley votes out most MCAs