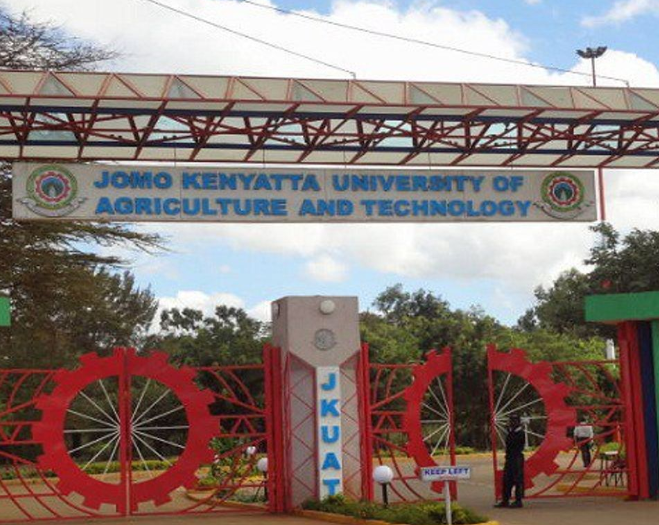 A consultative stakeholders’ meeting bringing together Juja business community, the university community, hostel owners, security agencies and local leaders, aimed at exploring ways to arrest the increasing state of insecurity where JKUAT students have been the main victims, was held, Monday, November 18, 2019 at the Jomo Kenyatta University of Agriculture and Technology (JKUAT) Main Campus in Juja. The stakeholders deliberated pertinent security concerns that have affected the Juja community particularly the JKUAT students. The meeting convened by the University Management comes following a recommendation of the University Senate last week in the wake of the students’ protests against rising cases of insecurity.

During the meeting, various stakeholders highlighted the security challenges they are facing in their endeavor to provide services to the Juja community, as well as their efforts to create a safe environment especially for the JKUAT students who constitute their main clientele. The issues ranged from peddling and abuse of drugs and substances, poor lighting along Juja streets and estates where students reside, poor water and sanitation, among others. Addressing the stakeholders, JKUAT Vice Chancellor, Prof. Victoria Wambui Ngumi, recounted the events of last week where students went on strike citing insecurity around the University, and made a passionate appeal to those present to collectively address the issues for the sake of all stakeholders. “Since then we have been engaging various stakeholders and the University Senate recommended a meeting of all stakeholders to discuss the issue of insecurity,” she said. The University, Prof. Ngumi reported, has held several meetings with area leaders, security organs at County and National level, and “the main problem raised has been the issue of insecurity.”  As a result, the country’s security system has been concerned leading to a raft of measures aimed at enhancing security in Juja, in terms of police patrols and controlled hours of bodaboda operation.

On the issue of lighting around the University, the Vice Chancellor appealed to the local administration to set up more lights in strategic points outside the University where cases of muggings and violence against JKUAT students have been reported. Although the issue of surveillance cameras around Juja has featured during talks with top security agencies, Prof. Ngumi further voiced her concerns, and requested the local administration to look into the matter. She however, assured of the University’s continued commitment to enhance lighting within the Juja Campus. As a measure to ensure students get access to clean and safe water, Prof. Ngumi said, the University would extend its Corporate Social Responsibility by conducting tests to determine the quality of water students use in hostels outside the University. Deputy County Commissioner, Mr. Charles Mureithi, who led the security team, said hostels outside the University need to be lit properly, adding that County, Sub-county and the University Security had mapped areas that need lighting. He further noted that most landlords do not have functional security lights thus compromising security. He urged hostel owners “to undertake the vetting of tenants to establish if they are genuine students” to avoid infiltration of criminals masquerading as students in their hostels.

SEE ALSO: Time to rethink our farming models has come

Mr. Mureithi advised hostel owners to team up and hire security personnel (guards) to man their installations. “Bodaboda and bars will not operate after 11pm and there will be demolition of structures around the University’s perimeter wall,” he stated. He announced the formation of a WhatsApp platform that will enable university students, security and tenants to engage on matters of security, as well as an anonymous SMS platform (988) that students and other stakeholders can use to report any incidents that may threaten the security within and outside the University which is set to hold its graduation ceremony, Friday, November 29, 2019.