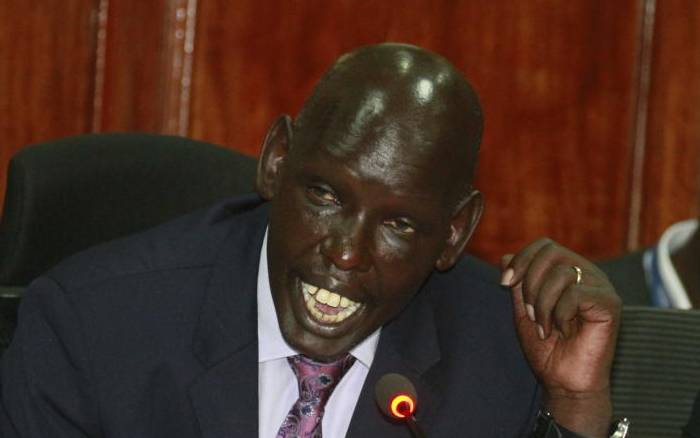 Education PS Dr Belio Kipsang (above) has ordered for investigations after ten students from a Naivasha based school failed to seat for the ongoing KCSE exams. According to Kipsang, police are investigating the bizzare incident in Milimani High School which has the highest number of students in Naivasha. The students registered for the exams but failed to report in the public school that is incidentally located next to Naivasha Police Station.

One of the students sat for the exam on the first day before disappearing while the whereabouts of the others remain unknown. "We have handed this issue which is very sensitive to the police for further investigations before issuing a comprehensive report," he said. Addressing the press in Naivasha, the PS at the same time denied reports that some teachers and students had been affected by chemical fumes last week. He said that the chemistry practicals were safe adding that reports in the social media of some teachers been affected were fake. "We are not aware of any teacher or student who has been affected by chemicals during the ongoing exams," he said.

SEE ALSO: Spare no effort to help the most desperate among us