One child, four others killed in Nakuru accident

Five people, including a child, have died in a grisly road accident on the Nairobi-Nakuru highway. The accident near Malewa River involved three cars. A personal car carrying the five rammed headon into a truck. The truck driver is said to have lost control and hit an oncoming truck before rolling by the roadside. 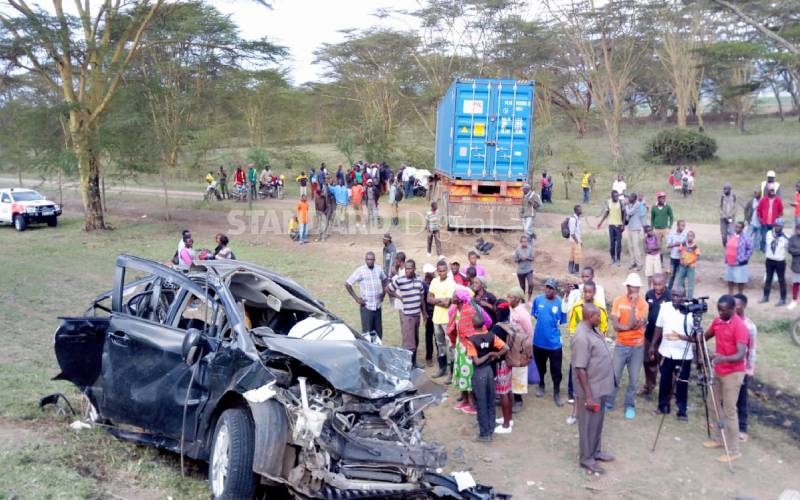 The accident came hours after a car ferrying three principals was involved in an accident on the Naivasha-Mai Mahiu road, killing one on the spot. In the latest accident, traffic on the busy road was temporarily disrupted as police moved in to retrieve the bodies. Witness Stephen Mungai said the driver in the personal car may be to blame. The driver was heading to Nairobi from Nakuru and tried to overtake a fleet of vehicles. "She underestimated the speed of the oncoming vehicles and ended up ramming into the truck, killing all the passengers." Mungai added that the drivers and passengers of the two trucks were seriously injured and taken to Naivasha Sub-county Hospital. "The personal car has been reduced to pieces of metal." Naivasha OCPD Samuel Waweru confirmed the incident, adding that the bodies had been taken to the area mortuary. "We had an unfortunate accident in the afternoon where we lost five people following an accident that involved three cars along the highway," he said.