Bare knuckle fight as NASA marriage on verge of divorce 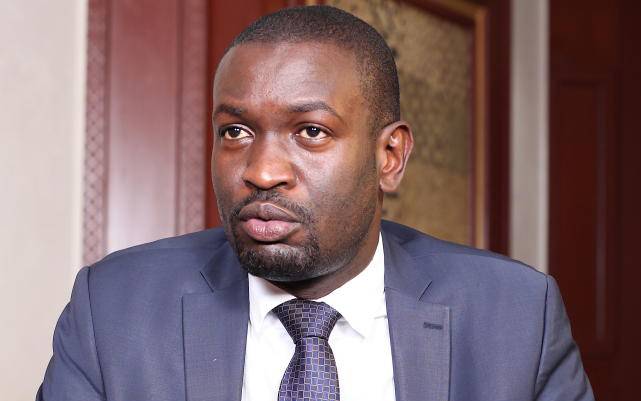 Mr Sifuna did not mince words. “We have known these people as parasites and leeches, which we have carried on our back,” said Sifuna in reference to the Amani National Congress (ANC), Wiper and Ford-Kenya parties.

“We have our friends from NASA who want to use the opportunity to formalise their divorce from the coalition,” said Sifuna in an exclusive interview on KTN Point Blank show on Wednesday.

The rebuttal from ANC Secretary-General Barrack Muluka underlined the rift. He dismissed the threats to exit NASA as childish.

“They are free to leave NASA because it only exists on paper and it’s them (ODM) who keep invoking NASA when they think it favours their cause. They have never honoured any agreement and there is no ceremony required to leave,” Mr Muluka told Sunday Standard on phone.

This is after hardliners allied to the ODM leader proposed the withdrawal from the fresh polls while those allied to affiliate parties Wiper, Ford Kenya and Amani National Congress (ANC) wanted the coalition to participate in the exercise.

And finally when the polls came and Uhuru Kenyatta was re-elected, NASA refused to recognise him and instead it was proposed that Raila be sworn in as ‘People’s President.’

The other principals Kalonzo Musyoka (Wiper), Moses Wetang’ula (Ford K) and Musalia Mudavadi (ANC) are said to have advised against the move and were absent when Raila took oath on January 30, 2018 at Uhuru Park, Nairobi.

This move sparked war of words between the NASA principals and before they could solve the matter, Raila pulled another surprise when he emerged on the stairs of Harambee House to announce the famous handshake with President Kenyatta.

The other issue is the political parties’ kitty where the coalition parties claim that ODM has broken an agreement signed ahead of the 2013 and 2017 General Election.

According to the opposition parties, ODM received Sh112 million in 2017/2018 under NASA. The parties claim ODM did not share the money with coalition partners.

He identified the controversial swearing in of Raila, the March 2018 handshake, the 2022 succession race, uncertainty over the Building Brides Initiative (BBI) and the political parties kitty as the main issues fueling the rivalry.

“I want to take issue with what Sifuna said; it was unfortunate for him to use such strong language on coalition partners.

“The nature of our politics is that tomorrow we may be forced to work together,” he said.

According to Onyonka, NASA believed that it could challenge Jubilee, be an alternative government in waiting but unfortunately because of sibling rivalry, the coalition is headed for collapse.

“The issue of swearing in of Raila, was a matter that was mishandled and that sparked the current suspicions. The other principles felt Raila had kept them in the dark while Raila’s side feel they were betrayed. Equally, the Handshake created a second feeling of betrayal as the principles were kept in darkness,” Onyonka said.

He added; “In Kenya, when you see many people fight there are two reasons; either money or women. The political parties’ kitty is key among the unresolved issue. It’s my honest opinion that Raila should take half of the money and give to his ODM party and the rest to the partners,” he added.

Muluka said Raila wanted people to come together because he is used to riding on other people’s backs.

“Once it became clear that he was not going to be President after his withdrawal from the repeat presidential race without adequate consultations, he started to scheme how to run away from a binding agreement he signed with others and he has been exposed,” he said.

He said Raila and ODM were allowing children to be the spokesmen. “When you listen to Sifuna talking, you hear a child talking. I will never again engage in public discourse unless it’s expressly stated that we’re engaged in child play,” he noted.

“Now he is offering something we have not seen in the name of BBI. From the way Raila and his ODM are talking there appeared to be something unacceptable in the BBI and want to begin black mailing others in advance,” he explained.

“When that report comes out and we don’t like it, we shall oppose it. Even if it will be the devil who will come from hell to oppose it, we shall stand with the devil, leave alone Ruto,” he added.

Supreme Court: In divorce, each person should leave marriage with what they acquired individually
National
By Brian Okoth
29 mins ago
Oga Obinna's farewell to Kamene Goro as she exits KISS FM
News
By Diana Anyango
32 mins ago
US military kills senior Islamic State official in Somalia
America
By AP
39 mins ago
Families demand pay for graves in airstrip project
Western
By Benard Lusigi
1 hr ago
.