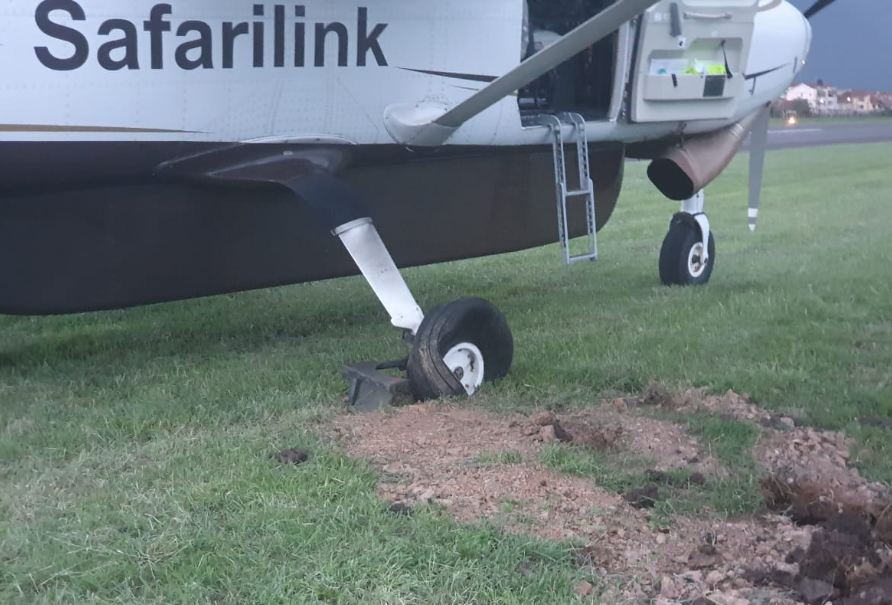 A Safarilink plane, registration 5Y-SLJ, on Tuesday evening skidded off the runway at Wilson Airport, Nairobi.

The Safarilink aviation, in a statement confirmed the 6.20pm incident saying no injuries were reported. 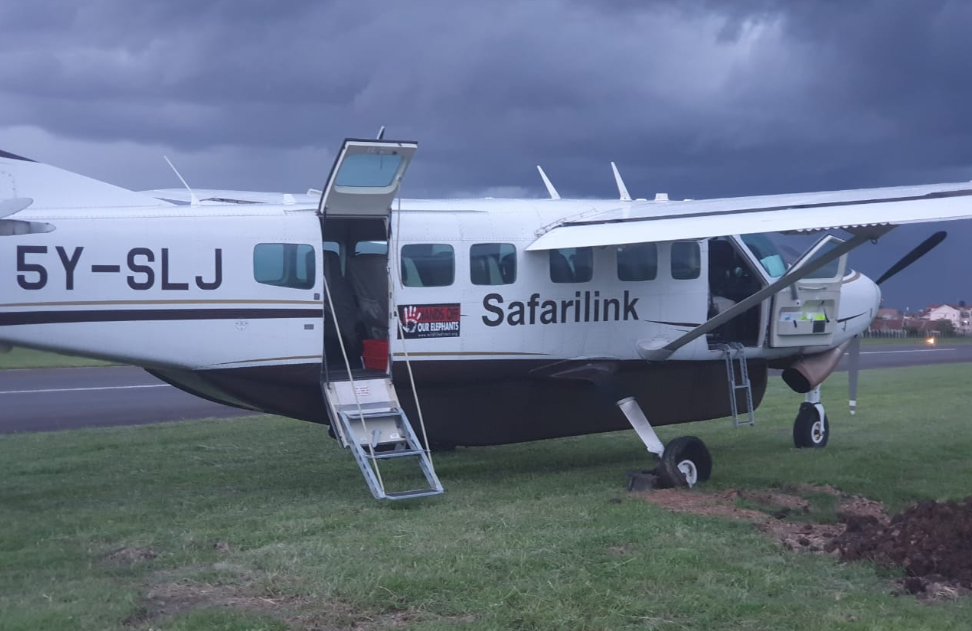 “Our aircraft a Cessna Caravan C208 registration 5Y-SLJ had a tyre burst on landing at Wilson Airport at 6.20pm. We can confirm that there were no injuries and that the aircraft was procedurally removed from the runway,” read part of the statement.

The flight from Lamu had 10 passengers and two crew on board. 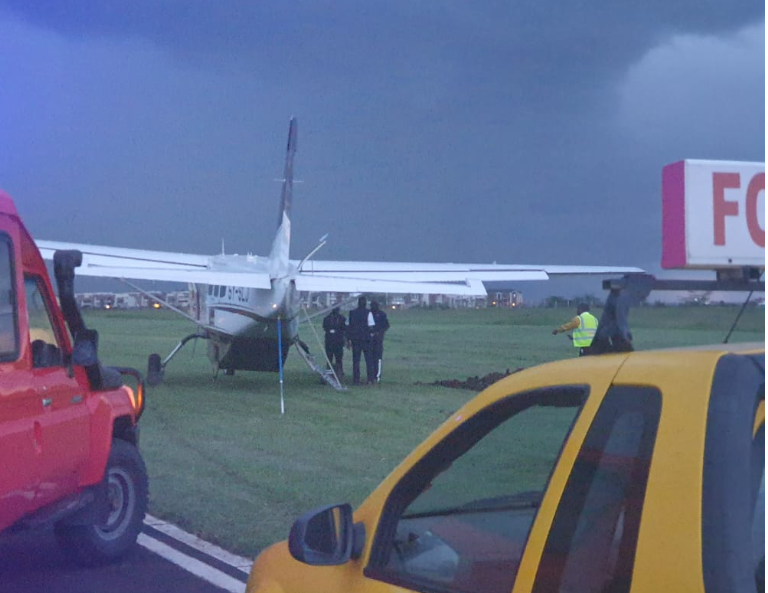 The incident comes a day after a Silverstone plane made an emergency landing at Eldoret International Airport after one of its rear wheels detached as it took off from Lodwar Airstrip in Turkana County. 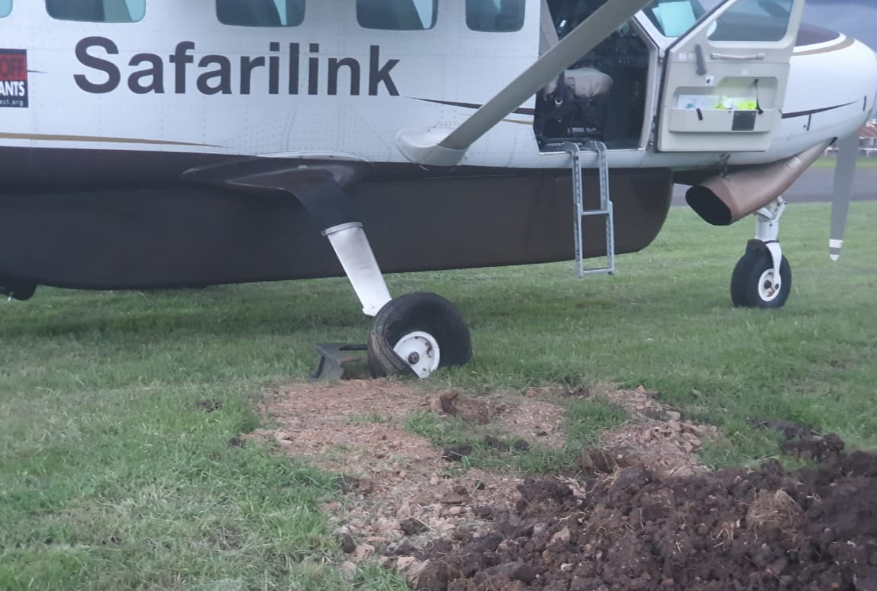 The wheel is said to have dropped off the plane as it took off prompting members of the public to collect it to the Lodwar Airstrip manager’s office.