World
The deal is incredibly complicated but any opposition will boil down to a few main points. 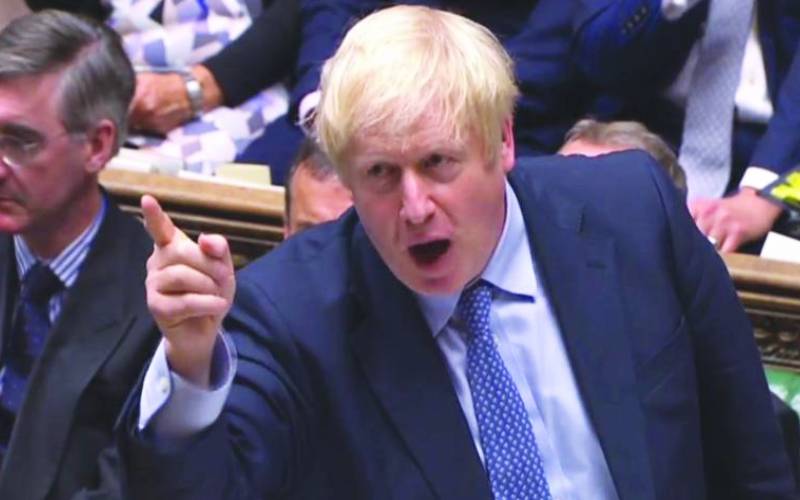 Boris Johnson (pictured) has finally agreed a Brexit deal with the EU. Now he is grappling with MPs over whether to approve it or whether to delay. The Prime Minister said the deal was "excellent" and "means the UK leaves whole and entire on October 31" as 27 EU leaders prepared to back it.

European Commission President Jean-Claude Juncker added he was happy about the deal - even if he was sad about Brexit. But the DUP and Labour refused to support it, saying it was a betrayal on customs rules and workers' rights. So what does the Withdrawal Agreement actually say and what are the main sticking points? Here's what you need to know. What has been agreed?

SEE ALSO: Round Four: UK and EU back in the Brexit ring

The deal is based on a new Brexit plan Boris Johnson sent the EU two weeks ago to replace Theresa May's 585-page Withdrawal Agreement. The 64-page list of additions to the original deal would keep a transition period, which continues EU rules in Britain and payments to Brussels, up to 31 December 2020. And it continues the £39billion divorce bill of payments over a long period to the EU. But it scraps the Irish backstop, an insurance policy designed at preventing a hard border between Northern Ireland the Republic from 1 January 2021. In the backstop's place would effectively be 'two borders' in a hybrid system:

SEE ALSO: Double-edged sword that is child ‘entrepreneurs’ in estates

Northern Ireland and Britain would share a customs territory - technically forcing customs checks on goods crossing the 310-mile border with the Republic. But in practice, to avoid checks at the border, the checks will instead happen when goods reach Northern Ireland on the island of Ireland. This would effectively put the customs checks across the Irish Sea - more of this below. Northern Ireland and the Republic would share some EU single market rules - forcing checks on manufactured and agricultural products crossing the Irish Sea. What are the main points?

The deal is incredibly complicated but any opposition will boil down to a few main points. Here are the initial details you need to know about the Brexit deal. Customs Northern Ireland will stay in the UK customs territory - putting goods north of the 310-mile border under different customs rules to the Republic of Ireland. A new set of UK tariffs will be paid on goods imported to the UK from the EU. But no customs duties will be paid on goods passing between Northern Ireland and the rest of the UK and vice versa. That means if the UK strikes a trade deal, say with the US, US goods can be imported into Northern Ireland just as they are onto the British mainland.