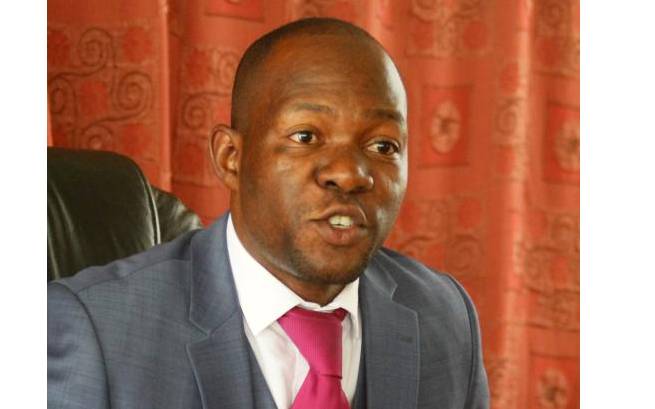 Police stepped in and saved Saboti MP Caleb Amisi (above) from the hands of Trans Nzoia Deputy Speaker David Kaboloman during Mashujaa Day celebrations in Trans-Nzoia County. The celebrations turned chaotic when Kaboloman confronted and tried to beat up the MP over proposals to change the constitution and development records before the officers intervened. Trouble began when Kaboloman hit at MP over what he termed as poor development records citing impassible roads in the constituency.

The deputy speaker also criticised Building Bridges Initiative and vowed that it will never see the light of the day, and this provoked Amisi who is a staunch supporter of the BBI. "People of Saboti gave you the mandate to represent them but you have let them down. The roads are in pathetic state and you are not doing anything to fix them. There is no development here,’’ alleged Kaboloman during the celebration at Saboti sub-county headquarters. He added, "There is an unequal distribution of resources and some people are being discriminated in bursary allocation.’’ He further told the MP he will ensure BBI is shut down when it is brought to the floor of the county assembly arguing it is not good for the country. When Amisi rose up to address the crowd he hit back at the deputy speaker branding him a noisemaker and rubbished him for playing petty politics.

"I’m not your class. It is petty to move around funerals to discredit me. My development record is visible and you should stop undermining me,’’ Amisi responded. It was at this time that Kaboloman walked and tried to hold Amisi by the neck before County Commander Ali Ayub and police officers intercepted him. The officers pulled furious Kaboloman away as the County Commissioner Sam Ojwang called for calm. Ojwang condemned the incident and described it as embarrassing for leaders to fight in public. "As leaders, we must restrain from anger and fight. This is a shame for leaders to trade bitter words and to fight in public,’’ said Ojwang who advised leaders to respect each other.