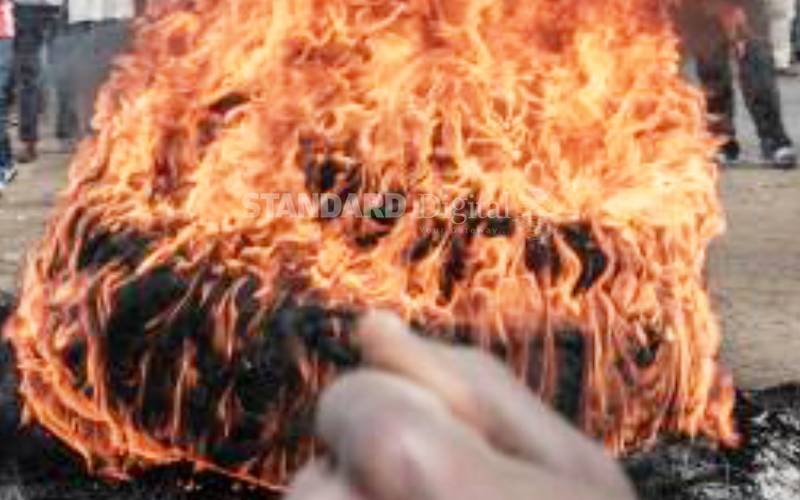 A woman who was doused with petrol and set ablaze by her husband has died. Lucy Nyira, 25, had been married to 24-year-old Bernard Kariha for three years. She was admitted at the Rift Valley Provincial General Hospital on Saturday night.

Nyira had visible burns to her torso, arms, neck, thighs and face. Kariha allegedly attacked Nyira when he accused her of coming home late. Nurse Jenipher Mathenge said Nyira died at around 5.30am. "Nyira passed on at a time when she had been scheduled for theatre," Mathenge told The Standard. Before her death, she told The Standard her husband was upset after she arrived late from her journey in Nairobi.

Nyira had gone to purchase second-hand clothes for reselling. "Traffic and diversions on the Nairobi-Nakuru highway caused the delay. I explained that to my husband but he did not believe me. He expected me to have taken two hours," she said. Nakuru Police boss Stephen Matu said investigations are ongoing. "We [will] arraign the suspect in court where he shall be charged with murder," Matu said.

Flower farmers hit as market shrinks over the global crisis