Appeal to have South B road renamed Joe Kadenge 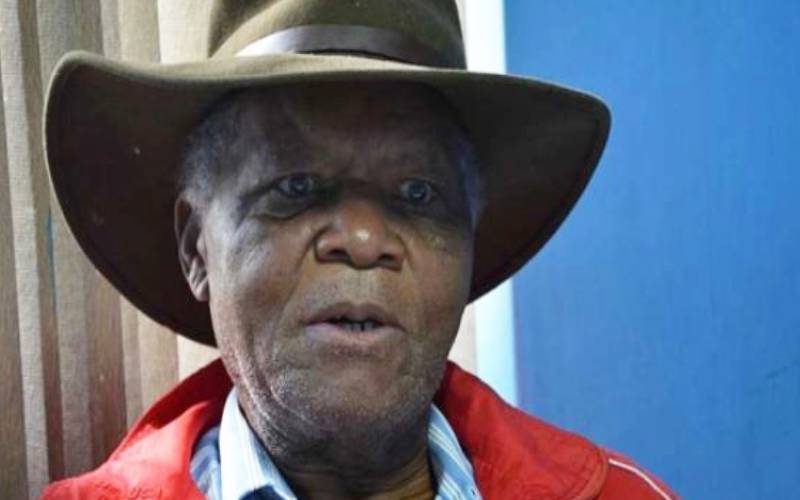 Residents of South B want to honour the late football legend Joe Kadenge (pictured) by renaming a road after him. South B ward representative Waithera Chege has tabled a motion at the Nairobi County Assembly urging the county to consider renaming Kapiti Crescent Road in South B to Joe Kadenge Crescent Road. Kadenge died on July 7, 2019, at the Meridian Hospital in Nairobi after suffering a stroke.

“The renaming would be in honour of Joe Kadenge who lived in Nairobi South area and was regarded as a fine footballer," Waithera said. She added that the footballer guided Harambee Stars to win its inaugural East and Central Africa challenge cup. The MCA doubles up as the Jubilee Party’s majority whip at the Nairobi county assembly. Waithera said the country has, since independence, named and renamed roads to honour heroes and heroines who have contributed to Kenya's development. “There are heroes and heroines who have contributed significantly to this country but are yet to be honoured."

Kadenge was born on March 16, 1935, and was popularly associated with the slogan “Kadenge na mpira”. He was regarded the best player in Kenyan football. He is remembered for having scored the fastest goal in the Kenyan Premier League. At the peak of his career, he played for Maragoli United. He also played for Abaluyha United and won the Kenya Premier League in 1966. Kadenge made a comeback to football after hanging his boots in 1965 and proceeded to guide Harambee Stars in winning the East and Central Africa Challenge Cup. In 1970, Kadenge stepped down as a player and went into coaching.

He was later appointed the national team’s head coach. Kadenge was named Harambee Stars coach in 2002 before suffering a stroke in 2006.