New LPG rules good for all of us, environment

Commentary
For oil marketers, back in control of their own supply chain, investment is set to recommence. 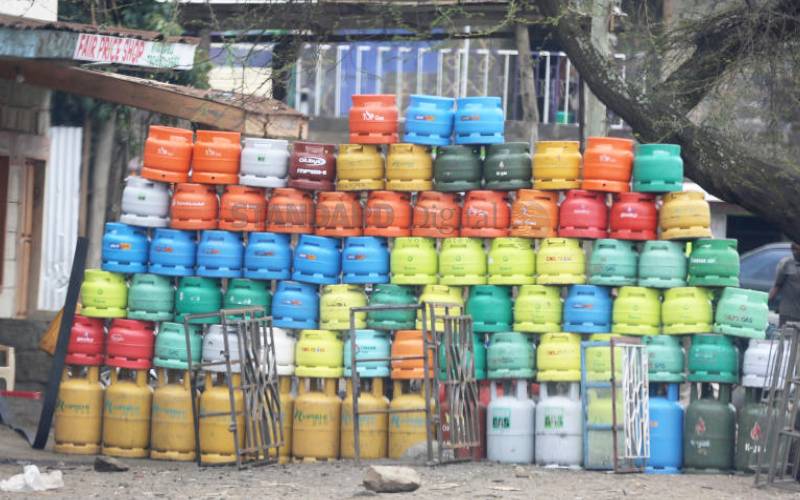 Kenya has paid a heavy price in terms of lives that have been lost due to its slow uptake of LPG as a cooking fuel. As recently as 2018, data from National Bureau of Statistics on Kenya Integrated Household Budget Survey indicated that 84 per cent of households use firewood as their primary fuel, creating a deadly cocktail of smoke that still kills approximately 21,500 Kenyans annually. For children, the smoke-filled air is the equivalent of smoking 400 cigarettes per hour, researchers report, and this increases their vulnerability to pneumonia and other respiratory diseases that are now the country’s top five killers. Fourteen million Kenyans are affected by respiratory diseases that account for 40 per cent of childhood deaths.

It is this trail of mortality that a decade ago saw the country shift toward cooking with clean-burning, smoke-free LPG. In 2009, LPG regulations came into force to encourage greater uptake. They worked to some degree, delivering a step-change in the number of Kenyans using LPG from one to approximately 2.5kg per capita per year by 2016. But while consumption rose from 1kg to 2.5 kg per person per year, it then began to plateau, far short of the Government target of 10kg to 15kg per person per year. Yet countries such as Senegal that have converted to gas as the principal cooking fuel use LPG at a rate of 12kg per head per year. Importing hefty, safe gas cylinders from manufacturers across the world and transporting them to Kenya required significant spending. Yet, 80 per cent of branded cylinders were vanishing to be refilled by others, or competitors were holding each other’s cylinders to create demand for their own.

Overall, slowness in the system of exchanging branded cylinders increased the turnaround time, effectively reducing the revenue per cylinder. In this, the World Bank reports that optimising LPG revenues requires at least one to two cylinders in the supply chain, being refilled, bottled, stored or transported, for every one cylinder in the home. Moreover, the untracked, free flow of cylinders was also generating safety issues. Rising numbers of cylinders were being illegally refilled without full safety checks, causing leakages and explosions at home. Indeed, three of Kenya’s largest insurance firms reported that domestic claims were being driven by LPG-related incidents. There was also disarray on who was liable for the safety issues, with few cylinders (around one in five) being refilled by the original brand owner marked on the cylinder, yet oil marketers were sued for other unauthorised re-fillers’ safety breaches.

In the end, oil marketers needed to regain control over their cylinders or exit the Kenyan market as one multinational did in 2017. Unpaid debts of over Sh1 billion through the mutual exchange pool were also hurting the sector, taking two marketers out of business completely. Meanwhile, the plan of setting up of bulk distribution, storage and filling depots by the Government stalled as did private sector investments due to the high risks and increased operational costs from an unlevelled playing field. Yet the new regulations are now set to change that narrative – demonstrating how critical regulations are to defining the structure and success of an industry. The interchangeability of LPG cylinders from different brands has been terminated, meaning the only place to take an empty cylinder for a filled one is back to the authorised retailer for that brand.

SEE ALSO: More women out of jobs as corona pushes unemployment to 4 million

Other countries, like South Africa and Turkey, have clear regulations that prohibit cross-filling of cylinders, ensuring that every cylinder is insured, and clearly labelled. This has formed a foundation that has seen LPG consumption reach 15kg per capita in Turkey and 6kg per head in South Africa. The Government also now plans to construct a 2,000 metric tonnes LPG distribution and filling depot in Nairobi, followed by smaller regional depots in Kisumu, Eldoret, Nakuru and Sagana to ease distribution to rural areas. This renewed public investment and the changing of the rules of engagement for the industry stand to benefit everyone. Consumers will now get cylinders from firm's that are fully liable for any failure – with added protection through safety instructions on every cylinder.

For oil marketers, back in control of their own supply chain, investment is set to recommence. And for Kenya, as LPG moves to dominate as the country’s cooking fuel, one small change in regulation removing interchangeability will prevent thousands of deaths, maintain the country’s water catchment areas that have been failing on deforestation and transform the investment outlook for oil marketers. Thus the new regulations show how statutory frameworks define consumer behaviour, industry structure and success, and the shaping of the nation, making every regulatory debate a vital one to our nation’s future. Mr Olagoke is Petroleum Institute of East Africa chairman