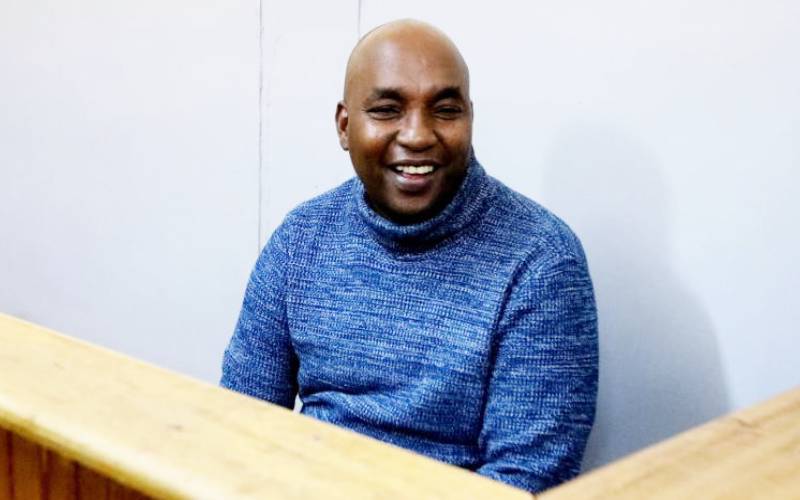 The MP is said to have deliberately failed to pay Corporation Tax, Value Added Tax (VAT) and Pay As You Earn (PAYE) amounting to Sh487,914,642  from 2013 to 2017.   Mr Muthama is said to have committed the offence in Kericho, Kajiado and Nakuru counties in receipt of income derived from his business activities. He was charged for knowingly making incorrect statements in the income tax company returns of Stansha Limited, which led to tax liability of Sh12,791,499 in 2013. Muthama and Stansha Limited are alleged to have knowingly made an incorrect statement in the VAT returns of the said company, attracting a tax liability of Sh6,998,188 in 2013. In 2015, he is said to have knowingly omitted Sh55,122,584 from the VAT returns of the said company. In 2015 and 2017, the legislator is said to have omitted Sh5 million from returns of PAYE of the company employees. The prosecution, led by Sheila Sanga, asked the court not to release the accused on bail due to the seriousness of the offence he is facing. However, Muthama’s lawyer Nathan Tororei faulted the prosecution stating that the accused should not be denied the presumption of innocence and that he had a right to acquire bail. He further stated that his client is an MP and has a fixed aboard thus there are low chances of being a flight risk. “The court has considered the request for bond made by the accused and the prosecution has not given reasons for the accused to be denied bond,” ruled Obulutsa. The MP was released on a bond of Sh3 million with one surety of a similar amount and an alternative cash bail of Sh500,000. The case will be mentioned on July 15.