When bad men combine, the good must associate 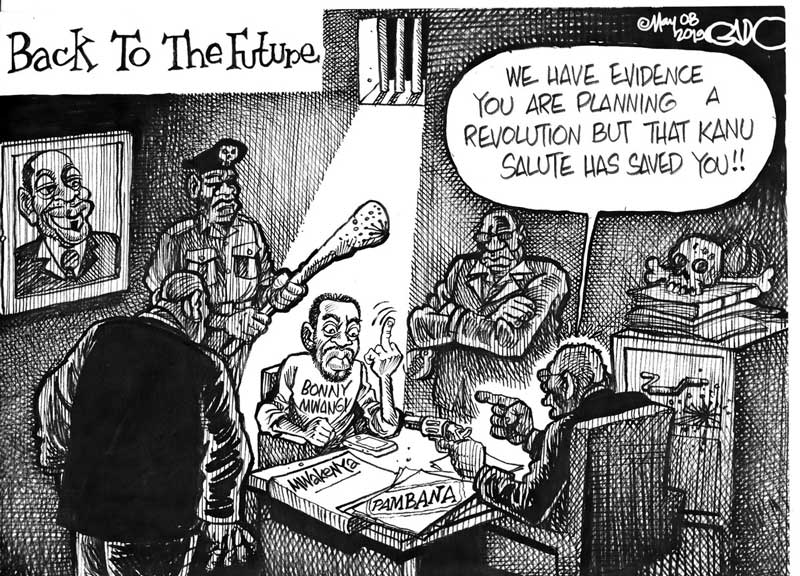 Two powerful sayings are attributed to Edmund Burke, a Member of the British Parliament in the 1700s. In one of them, Burke is reported to have said: “When bad men combine, the good must associate; else they will fall one by one, an unpitied sacrifice in a contemptible struggle.” Looking at the state of affairs in our nation in the last several years, it appears to me that bad men have consistently combined with an agenda that is often far from pursuing the welfare of the nation.

The speed and precision with which evil men conspire against our nation is simply staggering. It cannot be said to be the mere consequence of fate. I am persuaded that these things are well planned and executed with professional skill. That individual persons who have never met before can be elected into Parliament, and their very first agenda of business is to seek their own welfare cannot be by mere fate. Neither can it be a simple act of magnanimity, that the same individuals can be in a fierce political bloodletting, and yet readily bury the hatchet in order to review their perks. It cannot be a mere accident that no major corruption case in Kenya has ever been successfully investigated and punished. When you see political nemesis become bosom friends, and party cronies go after each other’s jugular, then there must be cards under the table. As I have mentioned in this space before, it is my considered opinion that on these matters, bad men combine with the singular intention to take us for a long ride. The big question is why they have continued to succeed. Burke’s second quote provides the answer. He puts it bluntly, “The only thing necessary for the triumph of evil is for good men to do nothing.” Of course, some good men in this nation have made some noise. Other wonderful people have pointed strong fingers at evil. But sadly, by and large, many good men have mainly just lamented. It is a fact that, where two or three Kenyans are gathered, you can be sure there is lamentation on their lips. It may be in informal whispers. It could be in loud protestations. Or more likely, in the more popular social media platforms often preferred by the wimps. But, when all is said and done, it all amounts to lamentation – no action, no movement. Therefore, evil continues to thrive because, in real sense, good men have done nothing. It is unfortunate but this sad state of affairs is what has brought us to where we find ourselves today as a nation – courting civil war. We have surrendered our democratic space to a few selfish individuals that spin our lives on the tip of their fingers like stage magicians. These men and women determine the value of our shilling, the price of our food, as well as the mood of our nation. They interrupt our worship services, and hijack our funerals. They draw us into their battles, but never invite us to their parties. Yet we remain beholden to them for our destiny – rendered hopeless and helpless. But, as Nelson Mandela correctly observed, “There is no easy walk to freedom anywhere, and many of us will have to pass through the valley of the shadow of death again and again before we reach the mountaintop of our desires.” I agree – we must collectively and sacrificially determine to rescue our nation from evil hijackers, even if that means that some of us have to pass through the valley of the shadow of death. We cannot continue to watch and lament as our nation is driven to the brink of destruction by a people who care little about our future. Politicians must be told in no uncertain terms that this nation belongs to almost 50 million people, placed here by God in His own divine design. We cannot stand by and watch as Kieleweke, Tanga Tanga and Handshake theatrics stir up emotions that could easily spark off bloodshed in parts of this country. No more innocent Kenyans should die in battles whose genesis they do not understand. I believe that is why Burke is right, “When bad men combine, the good must associate; else they will fall one by one, an unpitied sacrifice in a contemptible struggle.” Every indication is that bad men have combined, it thus behoves us as a people to associate, else we will fall one by one, an unpitied sacrifice in a contemptible struggle. - The writer is the presiding bishop of Christ is the Answer Ministries. [email protected]