Nyanza
The funeral was attended by President Uhuru Kenyatta, Opposition leader Raila Odinga and several high profile politicians from across the country.

Hollywood star Lupita Nyong'o was the center of attraction as she eulogized her grandmother, Dorcas Awino Nyong'o who was accorded an emotional burial at Rata village in Kisumu County. Lupita, the daughter of Kisumu Governor Prof Anyang' Nyong'o and the first Kenyan to win an Oscar, electrified thousands of mourners as she recounted her last moments with her grandmother. The funeral was attended by President Uhuru Kenyatta, Opposition leader Raila Odinga and several high profile politicians from across Kenya. Dressed in an ordinary white dress, sporting braids and flat shoes, Lupita eulogized her grandmother as a heroine and a loving and caring woman who always counselled them. She caused laughter when she described how she found it difficult to explain to her grandmother about her internationally acclaimed career. Lupita who received a standing ovation from locals who jostled to see her. She said her grandmother did not understand her profession even when she returned home and personally explained to her what the Oscar award she had just won meant. "One of my best memories of grandma was when I tried to explain to her what I do for a living,", she said amid roaring laughter from the mourners. "After the customary cup of tea, she asked me what I was doing for a living. I did not know how to explain acting in Dholuo. So I pointed to the TV station that was on air and said that's what I do, I told her I work with people on TV". After several minutes of silence, Lupita's grandma smiled then muttered in Dholuo -"mano tich adier? (Is that really a job?) "We both broke into laughter as I rued at my poor attempt to explain my job. Although she may not have understood what I did, I am certain she seemed to have appreciated it since she has always been proud of me," said Lupita. 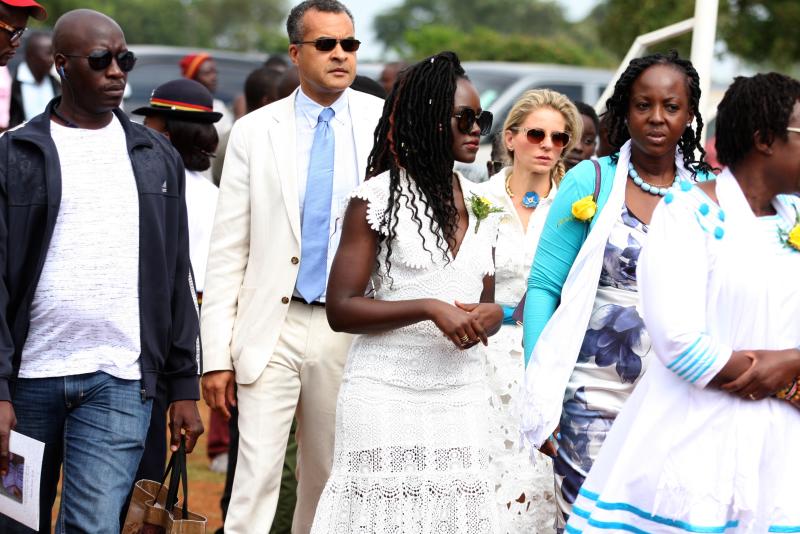 Lupita arrived at the Kisumu International Airport on Thursday night and was picked by a glittering limousine that drove her to their Rata home. She was accompanied by her cohorts in the global film industry.