Njoki Kaigai
Modern day fathers also have to deal with the concept of co-parenting, which involves sharing duties and custody 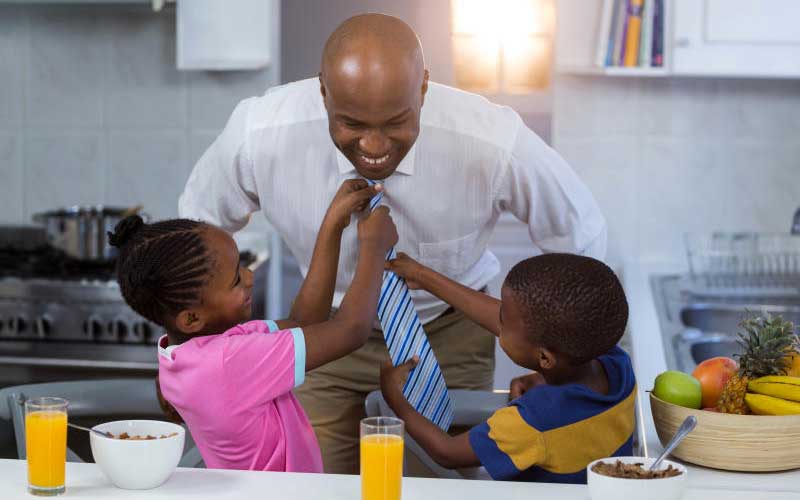 Today is Fathers’ Day and we can safely say fathers are beginning to receive some recognition for the work they do. Of course, it will be a long time before they can catch up with women who hog all the limelight on Mothers’ Day and basically all days of the year. The slow pace in embracing Fathers’ Day could be that fatherhood especially in this part of the world remains a complex issue. Fatherhood is struggling in its unique identity in an ever-changing world - while motherhood seems to have sorted itself out ages ago. Let us start with the fact that all men have father issues, which affects what kind of fathers they become. Most men, consciously or unconsciously dealing with the shadows and ghosts of their fathers – whether their fathers are living or have joined the ages. You have some men who spend entire lifetimes trying and failing to carve a unique identity for themselves out of the shadows of their much-celebrated heroic and superman fathers. Society places some spoken and unspoken expectations that sons should be bigger and better versions of their fathers.

The same society ignores the now commonly accepted fact that most hero dads, those who we like to adore and glorify in public make for lousy fathers and husbands in private. These fathers are often absent and cast unhealthy shadows over their sons as they stifle them with unrealistic expectations about keeping the family flag flying. Just below this category of fathers, you have the present but incompetent fathers. These fathers excel in providing and catering for their sons’ material needs but they fail at teaching them to be modern day all-round fathers. Being present Then there is that special breed of reluctant fathers who are simply incapable of dealing or embracing the responsibility that comes with fatherhood. These men are often well renowned bedroom athletes and familiar with the biology of procreation, but they somehow seem incapable of learning fatherhood skills.

Others mostly descended from Central Kenya claim an inability to deal with Alpha females and therefore leave the duties of fatherhood to mothers. Others like to say that they cannot deal with sharing parenting duties with strong women and so they opt to run for the hills and become absent fathers. To make matters worse, the mothers to these sons decide to give them female sounding surnames - an act of defiance which has been known to wreck havoc on men’s psyches. This backdrop of fathering styles means that we have men ill-prepared and ill-equipped to be fathers. Things get hairier because modern day fatherhood is different from what they are accustomed to. “Being present” is the new tag line for modern day parenting - where fathers are expected to be emotionally and physically present for their young ones. This means they have to forsake important male events such as haircuts, goat eating, football derbies so they can be present to see their tiny tots do what under normal circumstances is pretty ordinary stuff.  There really should be no contest between an adrenaline filled football final and watching junior sing ba-ba black sheep. Yet fathers of today are being told that they need to choose being present over adrenaline; it simply is unfair. Fathers of today are also expected to do mushy gooey stuff like changing poop laden diapers, singing silly sounding nursery rhymes and even putting tantrum prone children to sleep.

SEE ALSO: What you should pack in your hospital bag and what you won’t need

Even stoic mothers will tell you that these chores are hard and are not easy on any man’s DNA and machismo. Any father who wants to succeed at fatherhood must ‘be present’ from the pre-natal appointments, to kindergarten plays, to homework duty to those ubiquitous initiation seminars lest he is labelled as a bad father. We might be a bit behind on these developments, but the definition of fatherhood is changing to include some rather unorthodox arrangements. In the past, fatherhood was akin to blind faith where men believed what the mothers said because they really had no choice. Yet today, men have the option of testing and confirming if they really are fathers, thanks to DNA. This is not an entirely good thing because sometimes DNA results can shatter a man’s manhood and self-esteem and complicate family dynamics - there is nothing as disastrous as a man conclusively knowing that he is shooting blanks. So, fathers today have to decide whether to be fathers through science or to operate on blind faith: sometimes blind faith beats Science. Judged by effort

SEE ALSO: Ways to support a new mum (including things not to do)

Modern day fathers also have to deal with the concept of co-parenting, which involves sharing duties and custody and, in some cases, putting up with other men being part of their children’s lives. Co-parenting is not easy, is not cheap especially if the said father has chosen another woman as his wife or if he has decided to scatter his seed across the country. Co-parenting for fathers usually involves serious scheduling and resource allocation, and that is even before we get to managing the self-esteem of their offspring. Fatherhood will continue to face challenges including new challenges of surrogacy and gay parenting. At the end of the day, fathers are judged by the effort they put in, the material sacrifices and how “present” they are. So, fathers need to put in some work into being good fathers because some day in the near future when old age creeps in, they will need their drool cleaned and adult diapers changes.

Children can be very unforgiving when it comes to parents who let them down. So here today we salute the fathers doing their darn best despite the pressures of fatherhood. - [email protected]