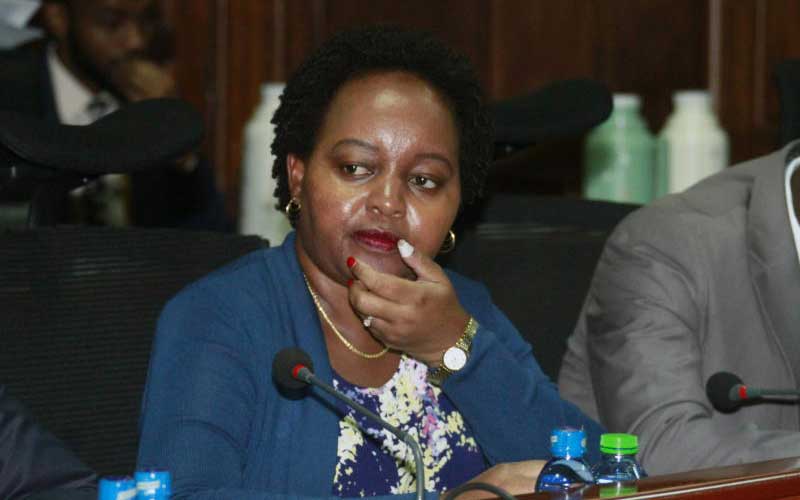 Members of the county assembly have urged striking health workers to resume duties before any talks to resolve their grievances can begin. The local legislators told the workers that Governor Anne Waiguru (pictured) cannot entertain talks before they resume duty. Led by Majority Leader Kamau Murango, the MCAs while acknowledging the workers had genuine grievances which require solutions, said nothing could move with the strike still on.

“As much as you are blaming the governor for not addressing your grievances, you have to soften your hardline stance and resume duties as we begin preparing the ground for your officials to meet with the county administration,” Mr Murango said. Yesterday, the official told the workers Sh1.8 billion budget had been passed by MCAs  specifically to address urgent health issues especially procurement of equipment for the hospitals the workers had demanded. Murango said the MCAs were committed to ensuring the workers had a meeting with the governor as soon as possible but that they must first resume their duties. Earlier, Deputy Governor Peter Ndambiri had extended an olive branch to the striking workers, asking them to resume duties as a condition for talks to kick off. “We cannot start from a vacuum and the striking workers must give in and resume their duties since our people who are not party to this dispute are suffering,” Mr Ndambiri said.

On Thursday afternoon, Kenya National Nurses Union Secretary General Seth Panyako visited his striking colleagues to show solidarity. The official said unless the county administration addressed all the grievances the workers had raised, they would not resume duties. “Imagine a nurse due for promotion 10 years ago while serving under the national government is still on the same job grade even as retirement beckons,” he said. Accompanied by Kenya Medical Practitioners and Dentists Union Central region Secretary Dr Gor Goody, Panyako told the workers to stay put until those due for promotions receive letters, working conditions improved and understaffing addressed. He also said the county government should be ready to compensate two nurses who allegedly contracted Hepatitis B at Kerugoya Referral Hospital because of unhygienic conditions.

Sigh of relief for man who was mistaken for Kabuga