Spare no effort in campaign to reverse climate change 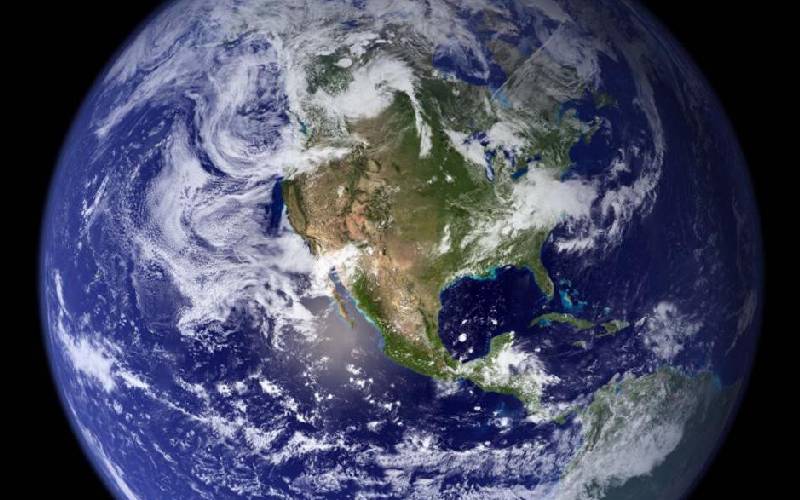 For so long, the world thought that the singular most immediate security challenge of the century is terrorism. Unlike the soldiers in the armies that fought the wars of the 20th century, terrorists rely on recruitment of ordinary people, who they manipulate and radicalise. Radicalisation is enabled above all by instability and extreme conditions that push people to look for extreme solutions.

Yet the most radicalising phenomenon we face today is climate change. Both Africa and the Middle East are experiencing severe droughts, floods, wildfire, and deforestation. Clean air, potable water and productive soil are becoming scarce. Furthermore, it was reported at a UN conference last week in Paris that the decline in biodiversity has been rapid and dangerous.

About 60 per cent of the world’s animal population has been lost since the 1970s and up to a million species are facing extinction, including a third of ocean fish stocks and many pollinating insects. Most threatened is the livelihood of local communities that are dependent on traditional agriculture.

And when people go hungry and struggle to provide for their families, they become easy recruits for terror organisations. They are offered exactly what they need: jobs, food, and simple answers to the complex challenges they face. Such is the case in Chad, Nigeria, Niger and Cameroon, countries that have relied for millennia on the Chad lake basin. After the lake had shrunk by an astonishing 90 percent in just six decades, it is no wonder that Boko Haram has been gaining momentum there and that ISIS too is expected to make inroads into those areas. Similarly, water scarcity in the Middle East has been a rapidly growing phenomenon.

This triggers a large-scale extermination of livestock and mass human migration from rural to urban areas. The German Foreign Ministry, for example, draws links between the deadly civil wars in Syria and Yemen and the rise of ISIS, showing how in Iraq the terror group began with hopeless farmers facing harsh environmental conditions. In Kenya we are all too familiar with the ever increasing pace of climate change. As Bob Dylan sings, you don’t need the weatherman to know which way the wind blows. In Kenya, in 2017 the government 2017 declared drought a national disaster and two years later we are facing again the worst drought in more than 30 years. People are starving in Turkana and 13 other counties and the government is rushing to deliver aid and build dams to protect the livelihood of communities that used to be perfectly self-sustaining until recently. Wild game, which draws record numbers of tourists to Kenya and which owns this land as much as we do, is also quickly disappearing.

Not a laughing matter

Renewable energies, reforestation and conservation programmes, and other “green” policies used to be ridiculed as esoteric. In this era, however, it is the environmentalists who are more capable of providing peace and security than old decorated army generals. Fortunately, the government is acting on them, leading the charge against climate change and global warming. The ban on plastics, the First Lady’s wildlife conservation campaign, and the shift to 85 per cent of our energy mix to “green sources” (solar, wind, thermal energy) in the coming year are among the efforts that will surely pay off. But the challenge goes beyond what Kenya and even the whole of Africa can do. For example, when Kenya’s world heritage sites and monuments at the coast are at risk of drowning due to rising sea levels, it is because the polar glaciers are melting. Reversing global warming is therefore a global mission. That is a central part of Kenya’s bid for a seat at the United Nations Security Council (UNSC). It is not only for our country’s role in regional and continental conflicts, the direct war against terrorism and our profound commitment to peace. It is for Kenya to use its membership at the UNSC to urge the international community to agree on carbon pollution reducing mechanisms and prepare for the consequences of global warming. On many issues it is Kenya that can learn from the great world powers. However, to address the security challenges posed by climate changes - it is the rest who must follow and accept the leadership of Kenya. Ms Munuhe studies International Relations at the University of Nairobi

Top universities that will easily earn you a job

Opinion: Mary Wambui is unqualified for the State job