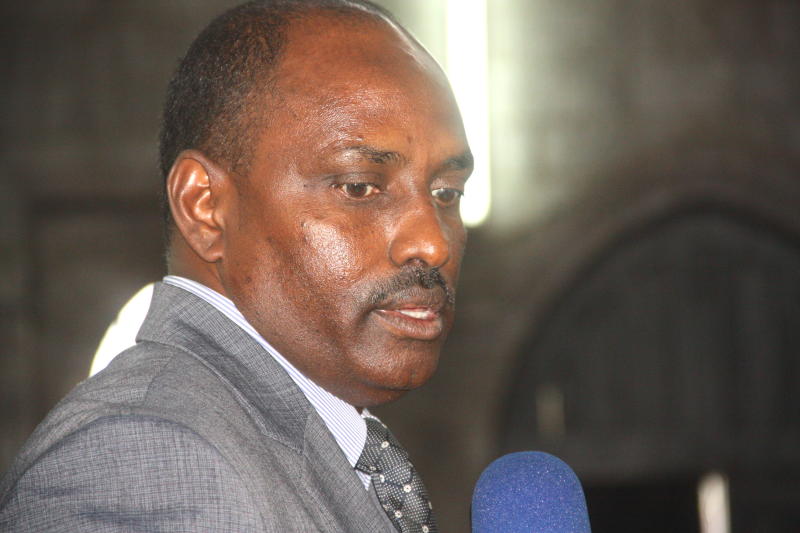 The Government yesterday failed to announce an anticipated 15 per cent wage increment for workers, and promised to meet with labour stakeholders to iron out some outstanding issues. Labour Cabinet Secretary Ukur Yattani yesterday dashed the hopes of thousands of workers who had anticipated the wage increment pushed by their union leaders on the day they joined the rest of the world to celebrate the International Labour Day. The Central Organisation of Trade Unions (Cotu) had reportedly struck a deal with the Government to implement a 15 per cent general wage increment for workers in the country in exchange for union's support for State's controversial Housing Levy that is to be deducted from employees' salaries monthly. But the CS instead said the Government will in a week’s time meet with Cotu, Federation of Kenya Employers (FKE) and other stakeholders to agree on whether to implement the agreement. FKE, which boycotted yesterday’s celebrations at Uhuru Park in Nairobi, is opposed to the implementation of the wage increment, citing poor economic growth. Reduce taxes Yattani’s silence on the increment elicited angry reactions from workers who had attended the event. They chanted "unga!" "unga!". They asked the Government to reduce taxes and eliminate corruption so that they can get jobs to sustain them. Cotu Secretary General Francis Atwoli protested the move by FKE and instead called on Parliament to protect the interests of workers. “President Uhuru Kenyatta approved a five per cent wage increment for workers nine months ago. This has not been effected by employers. We have also written to the Government and agreed that we are given 15 per cent wage increment and allow workers to pay for the 1.5 per cent housing levy,” Atwoli said. He accused FKE of pretending to advocte for social justice yet at the same time failed to obey the law. “We call upon MPs to make sure workers’ pay increment is implemented. We also urge the MPs to oppose any laws that target to interfere with workers’ money at NSSF and NHIF,” Atwoli said. Yattani instead chose to dwell on what the Government has done, saying that the theme of this year’s celebration “Eradicating Corruption to Create Jobs” as espoused by Cotu resonates well with president’s sustained efforts in fight against graft. Main obstacle “Indeed, corruption world over continues to impede social and economic development by reducing investment and job opportunities besides promoting inefficiencies at the workplace and affecting motivation and productivity of workers,” the CS said. He said labour has been identified as an enabler of social economic transformation under Vision 2030, which plays a central role in the attainment of the “Big Four agenda’ of raising the contribution of manufacturing sector, food and nutritional security; universal health coverage and affordable housing. “Overall, the Government will target to create one million new jobs in the manufacturing sector and thereby raise the sector's contribution to gross domestic product (GDP) from the current 8.5 per cent to 15 per cent. He said Universal Health Coverage (UHC) will not only improve access to health services of the Kenyan workers but immensely contribute to enhanced motivation and increased productivity of workers.  Yattani said realisation of Big Four agenda requires an atmosphere of harmonious labour relations. “In this respect, I appeal to the workers and employers to support the Government efforts in its noble pursuit of shaping the socio-economic landscape of our country,” he said. He warned that despite the Government initiating numerous policy infrastructure and creating suitable environment for productivity, the uptake in the public sector remains low. “Public service performance and service delivery may not necessarily improve by mere increase in funds allocation but requires a complete change of attitude and work culture among public servants,” Yattani said. He observed that strikes and work stoppages have continued to deny Kenyans essential services and inflicting immeasurable suffering and inconvenience, while denting the image of the country as investment destination. “To mitigate the hazardous effects of strikes, my ministry has established “Alternative Dispute Resolution (ADR)” organ with a fully serviced secretariat to handle all labour-related disputes. This mechanism is not only expeditious, cost-effective but also preserves good relations between workers and employers,” Yattani said. The ministry has also established a panel of conciliators consisting of 13 prominent labour practitioners to facilitate the process of dispute resolution. “Indeed, this method has already led to successful resolution of complex disputes like between the Knut and TSC, and between Council of Governors (CoG) and Ministry of Health (MoH) on one side and Kenya National Union of Nurses (Knun) on the other,” Yattani said. He said his ministry has also developed ‘The Labour Relations (Amendment) Bill 2018’ expected to operationalise disputes resolution in both public and private sectors and now awaiting public participation. “We have initiated hosts of reform measures aimed at strengthening policy and legal frameworks; from review of the Industrial Relations Charter, developments of Labour Relations Policy, and Wages and Remuneration policy with a view to aligning them to the Constitution and best global practices,” Yattani said. He said four million Kenyans in the diaspora provide immense human and capital resources in the form of remittances, knowledge, skills, and technology transfers. Annual remittance “Last year alone, the inward formal annual remittance stood at Sh270 billion. In spite of these contributions, some Kenyans seeking employment abroad and those already working there sometimes face challenges,” he said. To address this, the CS said the Government has put in place measures that include signing of Bilateral Labour Agreement with key labour destination countries, vetting of all local private employment recruitment agencies by an inter-ministerial vetting committee in addition to posting of labour attaches. Further, he said, a Labour Migration policy and Labour Migration Management Bill have been developed to streamline the migration of Kenyan migrant workers. He added that the Government-initiated Kenya Youth Employment Opportunities Project targeting over 70,000 youth is well on course. So far, 2,509 youths have been trained for different skills and placed on internship while 6,008 enrolled in December 2018 are expected to complete by June 2019.